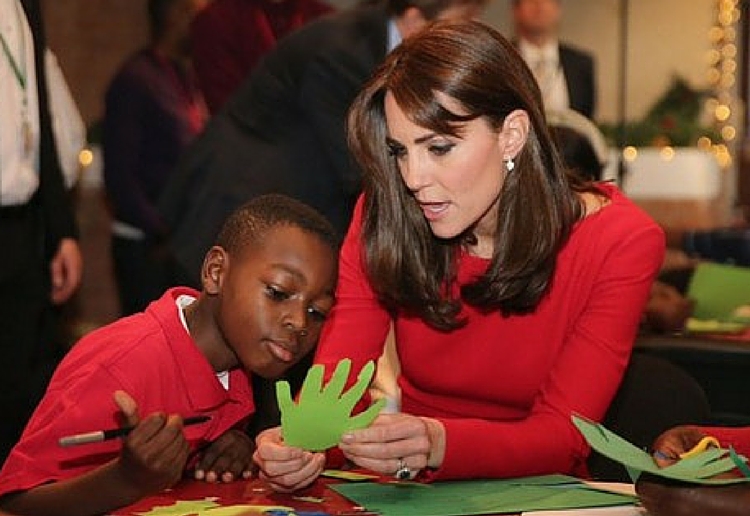 Kate Middleton has taken over as guest editor of a popular news organisation to raise awareness of the devastating issue of children’s mental health.

The Duchess Of Cambridge and wife to Prince William launched a new global initiative, Young Minds Matter, writing her thoughts about the need for all parents to be aware of their child’s mental health on The Huffington Post:

“For too long we have been embarrassed to admit when our children need emotional or psychiatric help.” She said, “Parenting is hard enough without letting prejudices stop us from asking for the help we need for ourselves and our children.”

“Like most parents today, William and I would not hesitate to seek help for our children if they needed it.  We hope to encourage George and Charlotte to speak about their feelings, and to give them the tools and sensitivity to be supportive peers to their friends as they get older.”

The Duchess has campaigned determinedly on the issue of children’s mental health since the early days of her marriage in 2011.  She has stated previously that it is her hope her association with the cause would help break down social barriers.

“I often heard some heartbreaking stories about lives that had been torn apart, with devastating impacts for all involved, particularly children,” she wrote as she continued in her Guest Editor position.  What I did not expect was to see that time and time again, the issues that led people to addiction and destructive decision making seemed to almost always stem from unresolved childhood challenges.”

The Huffington Post in collaboration with the Duchess, published data showing one in three parents worried they would look like a “bad” mother or father if their child had a mental health problem.

Kate herself vowed to continue to tackle the taboo surrounding mental health problems and “to celebrate the amazing work being done to improve and understand the mental health of young children”.

The photogenic Duchess is rarely absent from Britain’s media coverage, but the royal couple give little away from their private lives.  Their marriage in April 2011 was a global media event, as were the births of the couple’s children, Prince George in July 2013 and Princess Charlotte in May 2015.