Article Katie Holmes on being a single mum 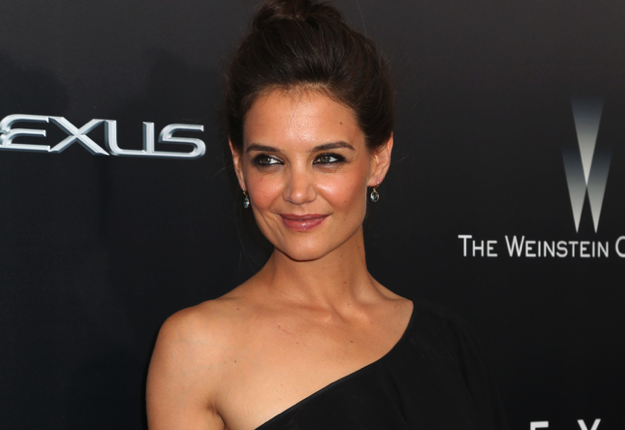 A lot of single mums can relate to Katie Holmes’s fears about not being all things to her daughter Suri, 8.

“Am I enough? Am I doing enough? Have I seen her enough?” she says to People magazine. “Guess what? You’re not enough, she hasn’t seen you enough, you’re horrible: That’s how it can feel sometimes.”

In August she spoke about her extra challenges – trying to keep things normal when she and her daughter are the focus of paparazzi: “I try to do what [my family] did for me for my little one.”

The 35-year-old has a few projects coming up – a dark comedy, Miss Meadows, and she will repeat her performance as Jackie Kennedy in another TV drama, The Kennedys: After Camelot.

Now, raising Suri on her own, she gets help from her mother Kathleen and a nanny, but also has lots of friends with children of all ages and “I lean on them.”

When she doubts herself, “You really need to support each other, help people through whatever it is they’re going through – whether it’s ‘My kid just threw a tantrum’ or ‘I was late for graduation’ or whatever it is, you know!”

“I think we all need to just ease up,” she says. “Ease up on the expectations, and the worrying. We’re all trying to do the best we can.”

“You do the best you can. Some days you feel really good about yourself and some days you don’t.”

Do you ever feel like you’re being a horrible mum? What do you do to get through it? Let us know in the comments below!