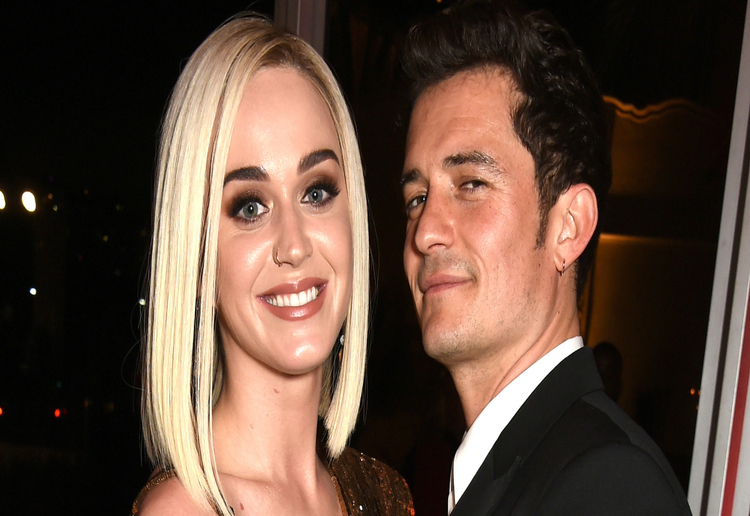 After years of ‘will they, won’t they’, the celebrity couple have finally decided to tie the knot!

Katy Perry and Orlando Bloom had quite a memorable Valentine’s Day this year – they got engaged! The 34 year old singer took to her Instagram to share a photo of the ring with the caption “in bloom”, referencing her 42 year old actor fiancé.

This will be the second marriage for both Perry and Bloom. Katy was previously married to English comedian Russell Brand from 2010-2012, and Orlando was married to Aussie model Miranda Kerr, with whom he shares an eight year old son Flynn, from 2010-2013. Whilst Bloom and Kerr appear to have had an amicable split, Perry was left devastated when Brand ended their relationship via text message. 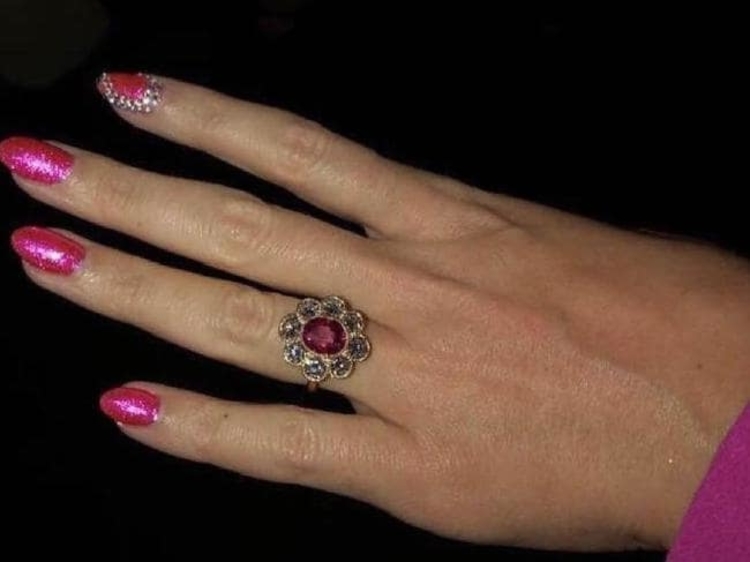 Perry and Bloom have been dating on and off for three years since they first met at a Golden Globes afterparty back in 2016. After a brief split in 2017, the pair were seen together holidaying in Japan in February last year, all but confirming their reconciliation.

In her post, Perry showed off her unique pink diamond engagement ring and Bloom shared a similar post to his account with the caption ‘Lifetimes’. The proposal was apparently a complete surprise for Perry, with Bloom popping the question after their Valentine’s Day dinner. 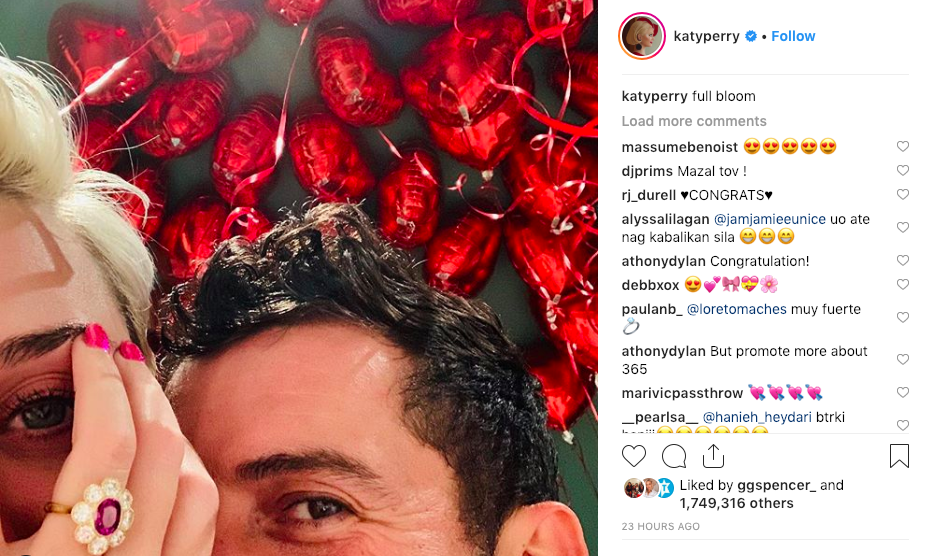 Congratulations to the happy couple!!

What do you think of Katy Perry’s engagement ring? Let us know in the comments!