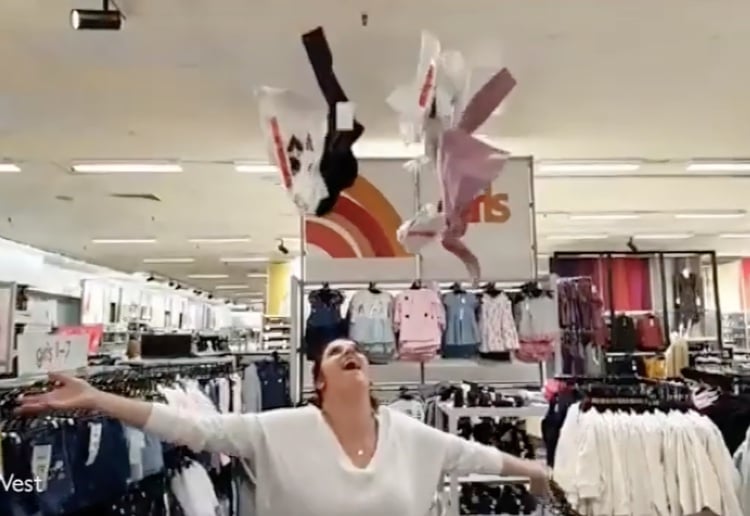 Dedicated Kmart mum Ellie West has created a music video that captures everything she loves about the popular department store. The video follows the 28-year-old mum of three around her local Kmart as she works her way up and down the aisles, paying tribute to what she calls her favourite place in the world Kidspot reports.

Ellie says the decision to film the video was an easy one.

“My husband knows how much I adore Kmart, so we came up with the idea to shoot a music video,” she said.

“We went in and just waited until there was nobody around to film the different scenes. The funniest part was when I was jumping out of the pile of pillows, a Kmart employee walked past but didn’t say anything. I thought we might get chucked out of the store, but they didn’t really notice.”

The couple hasn’t ruled out returning to the store to film a second installment of the music video after the first one went viral.

“I really enjoyed doing it,” Ellie said. “My husband and I couldn’t stop laughing the whole time. It is a funny memory to look back on.  All my family and friends thought it was hilarious.”

We’re pretty sure there are many mums who share her love for the bargain-filled store – we’ve definitely felt like dancing down the aisles after finding an incredible deal!

What do you think of Ellie’s Kmart music video? Let us know in the comments!