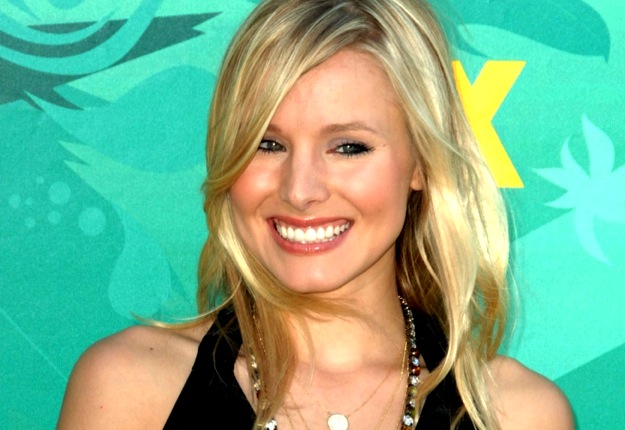 Frozen star Kristen Bell, who has daughter Lincoln with actor husband Dax Shepard, is having their second baby but says they’re “completely stumped” about what to name this one.

Lincoln came easily to them, both in terms of the name (they had it picked for a boy or a girl) and the whole baby experience.

“So far, it’s been the exact same, and Lincoln came out like a champ,” Bell says. “Lincoln was an easy pregnancy and an easy baby, so hopefully this one will follow the same path.”

And has 15-month-old Lincoln been introduced to her mum’s spirited performance as Anna in Frozen?

But when she’s old enough to take it all in, the messages Frozen carries are worthwhile ones, says the star: “I think it’s beautiful to show kids how great it can be to love through fear, to love someone even when they’re afraid to love themselves.

That’s a huge message I want to teach my kids: You’re allowed to be afraid, but you have to know why … and you have to try to love beyond that fear.

Meanwhile, there’s plenty to keep her busy. “Lincoln’s like my television,” says Bell. “I love being a mom and I love watching her explore the world and talk to me about things. It’s mostly babbles, but she signs, and so we can communicate.

“I’ve never been so interested in anything in my entire life. I have heard parents say that when you have a second child, your love doesn’t divide, it multiplies, so I have confidence that will happen.

“And then eventually, I’ll explode!”

How did you choose your baby names? Were you also stumped?