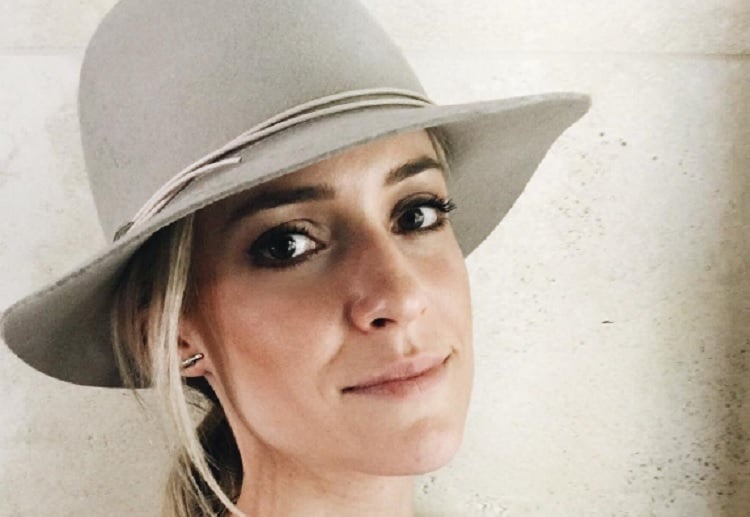 Kristin Cavallari has come under fire, after she posted a recent holiday snap featuring her two young sons shirtless.

The outrage started when some followers implied the boys are undernourished.

The star, who has never made any secret of her attitude to health, eating and nutrition, wasn’t expecting the harsh words she received about her boys, Camden Jack, 3, and Jaxon Wyatt, 2.

One Instagram follower wrote: ‘I understand you live a very strict dietary lifestyle but these children are very obviously nutritionally deficient.’

Wrote another: ‘Seeing pictures of your boys and how they look is a bit shocking to see! I know you cook healthy but to see the bones just doesn’t seem normal, sorry!’

Kristin fired back at the remarks ‘Yep, I starve my children,’ she wrote sarcastically. ‘Just blocked the most people I’ve ever blocked in my entire life.’

Kristin has previously said of her attitude to food, ‘[I’ve] become a psycho about reading every single ingredient label and researching the ingredients I don’t recognize.’

I do wonder if those being negative are even parents.

Like one mother wrote, “Being a mum to two boys (6 and 1) I know first hand that you can feed and feed your little boys, it doesn’t make any difference to their weight. My six year old is constantly snacking and eats three meals a day. He is like a stick because he is so active it’s ridiculous. They don’t sit still! Boys are nuts, let’s be honest.”

and another, “My youngest eats all the time and is super thin. He is however super strong. Lean, mean, fighting machine. The doctor reassured me when I was worried that as long as he is growing and learning, everything is okay. You kids are beautiful, and people need to stop worrying.”