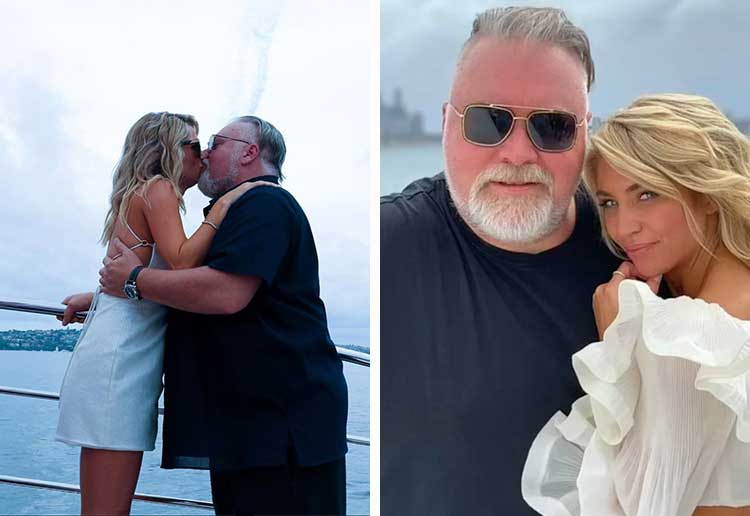 Kyle Sandilands and his fiancee Tegan Kynaston have revealed the name they’ve chosen for their little boy, but it hasn’t gone down well with everyone.

The Sydney radio host shared his unborn son’s name live on air, telling co-host Jackie O’Henderson that his boy will be named Otto.

Jackie explained she was hoping her 11-year-old daughter Catalina (Kitty), would also become a radio presenter – and team up with Kyle’s son.

“I was thinking, because Kyle’s having a boy, in 20 years’ time, like, it’s the, ‘Kitty and whatever-you’re-going-to-call-your-kid Show’,” Jackie said.

Kyle then decided to reveal his boy’s name, saying, “Otto. That’s what we’re going to call him.”

But he explained not everyone is on board with the unique name. “I don’t think it’s gone down too well with the family. Even Tegan’s mum goes, ‘Oh, there’s no need to rush into a name.’ And my auntie Jill went, ‘What sort of stupid name is that?'”

Kyle and Tegan have been celebrating non-stop since revealing their baby news last month. The couple went all out for their gender reveal party, hiring a superyacht on Sydney Harbour and staging an extravagant plane flyover.

Sparing no expense, the shock jock and his 36-year-old fiancee arranged for their baby’s gender to be revealed via a plane flyover which released coloured smoke. Watch the gender reveal here:

The couple recently revealed that they’re expecting their first baby, live on-air. The radio host, 50, made the announcement on The Kyle and Jackie O Show, with Tegan by his side.

“We’ve been talking because we’re going to get married at some stage obviously, you know, what’s important to us,” Kyle explained. “My hours and stuff at work doesn’t always … you know I gotta get up super early and it’s not everyone’s cup of tea, so we thought where are we gonna go in our life?

“What can I do at 50-years-old that I’ve never done in my life before?” 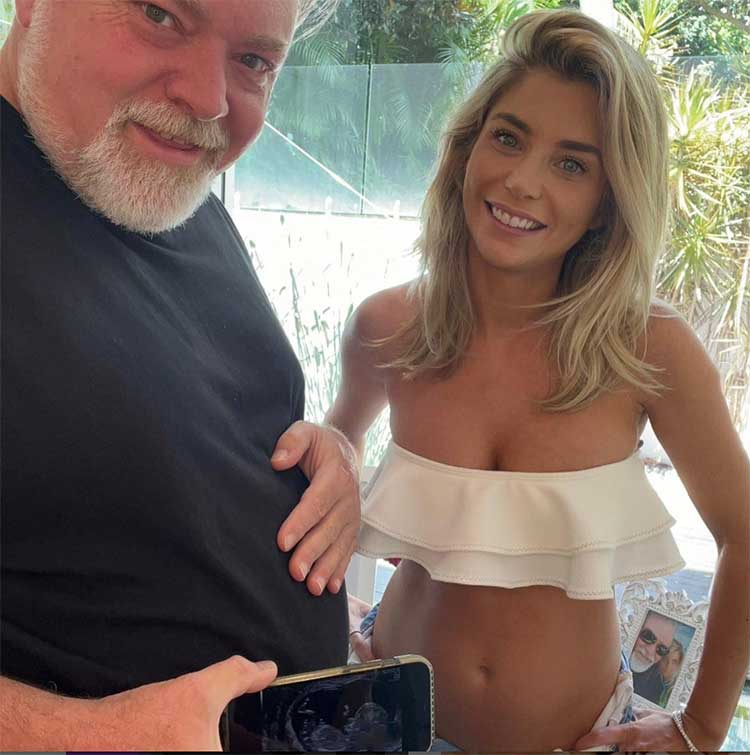 Kyle then played an audio clip of a baby’s heartbeat, and screamed, “I’m having a baby BABY!”

His co-host then gushed with congratulations, with Jackie saying, “I never thought I’d see the day that Kyle would become a dad, and I’m so pleased for you both!”

Tegan then shared that she’s been struggling with morning sickness, and has only been able to keep down carbs.

The couple, who has been dating since 2019, revealed they are 12 weeks along and are due in August. They already have boy and girl baby names picked out, with Kyle saying he was hoping for “either a girl… or a little gay son”.

Looking for baby name inspiration? Make sure you head to these article next: