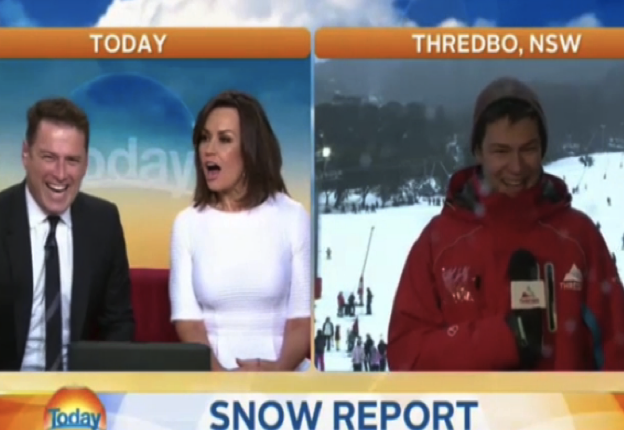 Lisa Wilkinson has shown that no matter what you are doing, your mothering instinct is always in high gear. When her son Louis made a surprise appearance on the Today show, she was delighted to see him, yelling, “Thats My Boy”. Louis and his father both went to up to Thredbo to work as ski instructors.

Once Lisa realised where the pair were, her mothering instincts came into play.
“You sent me that picture yesterday sweetheart of all that snow on top of the car”, she said. “Was that Dad’s car? Which I gather you drove back to Jindabyne without any chains on the wheels. It is not a four-wheel drive darling!”

Louis said that the ride was “terrifying”, and recommended that no one drive in the snow with a two wheel drive without chains.

It just goes to show that no matter who you are or what you are doing, you are always a mother first!

Tell us when you have been surprised by your son or daughter!