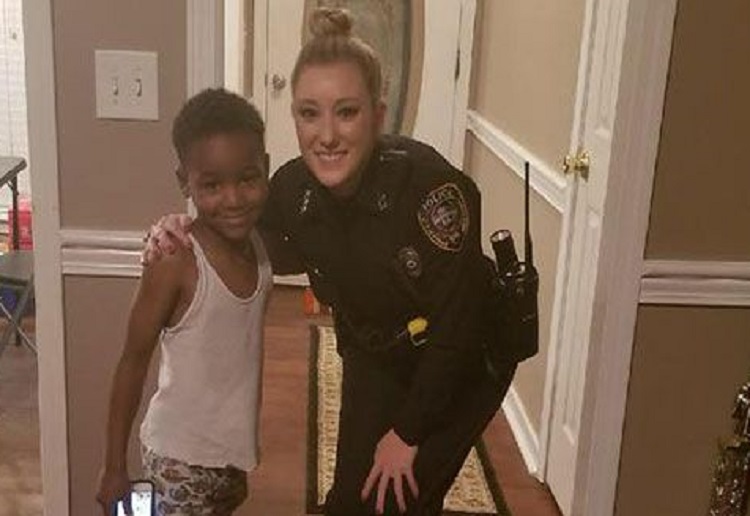 A little boy from Mississippi called police because he was scared the Grinch was going to steal his Christmas.

TyLon Pittman, 5, had been watching YouTube videos about the Grinch on Saturday night.

Worried that the green monster would try and ruin his family’s festivities, he decided to call 911 to report his concerns to police.

But the local police weren’t going to let the Grinch steal TyLon’s Christmas and decided to pay him a visit to reassure him the holidays would be safe for his family.

In video, uploaded to Facebook by TyLon’s brother TeDera Dwayne Graves, the officer explains to TyLon no one is taking Christmas from him.
“The Grinch won’t steal your Christmas, I won’t let that happen,” Officer Develle tells TyLon.

“But I understand you’re a big boy, you’re going to make sure the Grinch doesn’t steal your Christmas. Right?”

“I’d say, ‘put your hands behind your back and get down on the ground’,” TyLon said if he ever encountered the Grinch, USA Today reports.

“Then when he gets down on the ground, I’d tell him, ‘Why are you stealing Christmas?’”

On Monday, police staged an arrest of the Grinch just to reassure TyLon he didn’t have to worry about his Christmas being ruined.

Officer Develle joked the Grinch could be charged with crimes including attempted theft of Christmas.

Police chief Luke Thompson said police staged the Grinch’s arrest to remind people what the holidays are all about and it had “certainly brought a lot of joy”.

Have your kids ever done something similar?