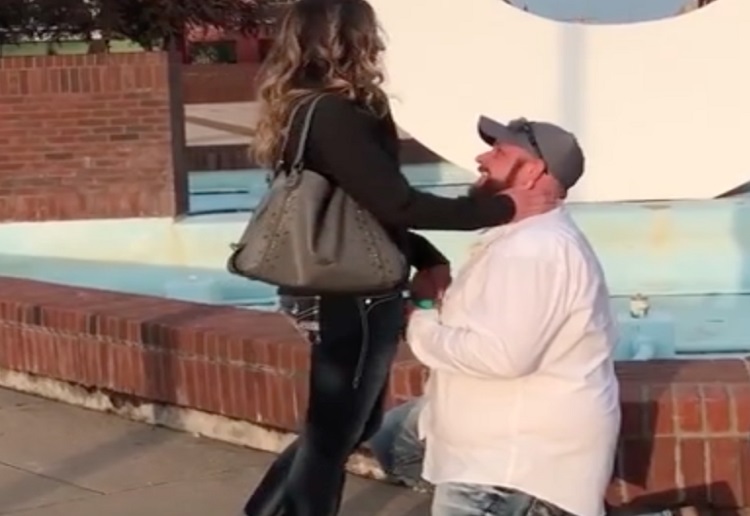 It was meant to be one of the most romantic moments of her life, but a mum’s proposal has gone viral for the most hilarious reason.

Allyssa Anter couldn’t believe it when her boyfriend, Kevin Prztula, got down on one knee and popped the question.

However, little did she know that as she was saying ‘yes’ and hugging and kissing her new fiancé at Bay City’s Ring of Friendship sculpture, her adorable son, Owen, has decided to drop his pants and take a pee in the background.

The whole thing was caught on camera, but the pair were totally oblivious to what Owen had done until right after the proposal, when the videographer pointed it out.

In the video you can see the proposal playing out, with the pair lovingly looking at each other in front of the sculpture.

However, just as Kevin gets down on one knee, nature calls and Owen pulls down his pants and take a pee.

Speaking to the Bay City Times, Allyssa said they were working on potty training the toddler and saw the funny side of the proposal hijacking. 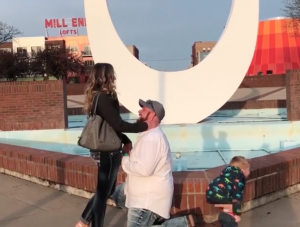 I don’t think he will live that one day when he gets older. 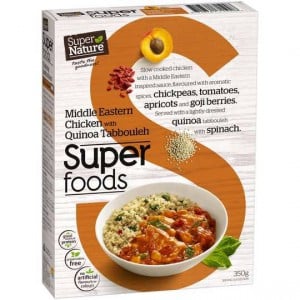