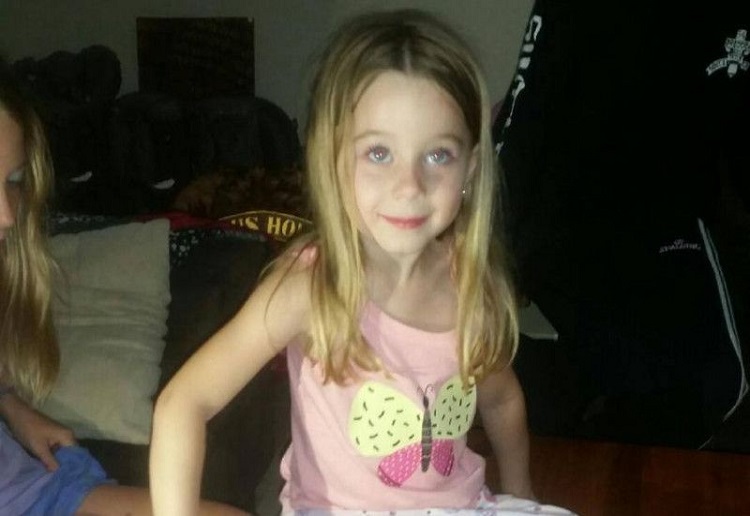 A Queensland mother shares the heartbreaking moment her precious five-year-old daughter broke down in tears when an aggressive form of cancer forced her to chop off all her hair.

Natasha McGregor, first noticed daughter Havana was in pain in November 2016 when she started tossing and turning while trying to get to sleep.

While concerned, Ms McGregor put it down to restless legs syndrome, while doctors told her it could be just growing pains.

Almost a year later on August 12, Havana started limping badly after riding her brand new purple bicycle she was given for her birthday, and Ms Macgregor thought she might have pulled a muscle from the bike.

When Havana’s hips started swaying and she continued to scrape her toes when walking, she was rushed to Sunshine Coast University Hospital where an MRI revealed she had a tumour in her pelvic floor, right near her spine.

“It was like a smack in the face… I sat there and said ‘you’re wrong, my daughter does not have this’,” Ms McGregor told 7 News Online.

Ms McGregor said the most crushing moment came when Havana had to shave her head. 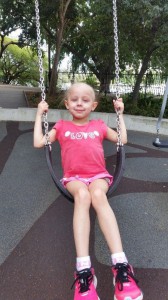 “She just broke down in tears and said she wasn’t beautiful anymore,” she told the Sunshine Coast Daily.

“We remind her every day that it is what’s on the inside that counts, and she is coming to terms with that, finding confidence.

“We will say, Havana, you are bloody beautiful inside and out, don’t you ever forget that.”

Family have started a GoFundMe page to raise money to help cover the family’s travel costs from the Sunshine Coast to Brisbane.

Doctors have said the mother caught the tumour early and Havana has an eight out of ten chance at making a full recovery.

You are gorgeous, Havana!  Never doubt that x