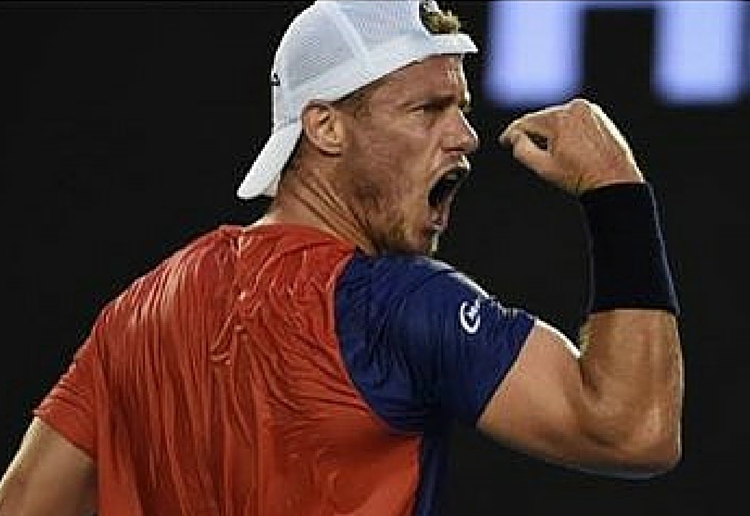 One important fan was particularly eager to make sure tennis star Lleyton Hewitt knew he was supporting him all the way for the win.

Lleyton’s son, seven-year-old Cruz Hewitt sat court side cheering loudly for his Dad and waving a homemade sign emblazoned with his Dad’s photos.

Excitement and delight beamed from Cruz’s face, as he set about waving the sign to show his support as his Dad took to the court to face James Duckworth.  No one could doubt that this was a son extremely proud of his dad.

Support within the crowd for Lleyton was high and hotly anticipated.  Fellow sports stars were also in attendance to make sure they didn’t miss an inch of the court action.

Australian No.1 Bernard Tomic told the Daily Mail he’d ‘absolutely’ be court side to watch, adding: “Two Australians are playing.  We all want Lleyton to win. It’s going to be an amazing match.”

Nick Kyrgios added: ‘Lleyton, it’s his last-ever tournament. He’s going to be determined to give absolutely everything in the tank.’

Superstars Roger Federer and Rafael Nadal and Australian women’s No.1 Samantha Stosur have all led the tributes to Lleyton in the countdown to the Open.

‘He’s just a huge example for me and I think for the kids and everybody,’ said Spaniard Nadal, adding: ‘He should be a reference and an inspiration for a lot of new generations.’