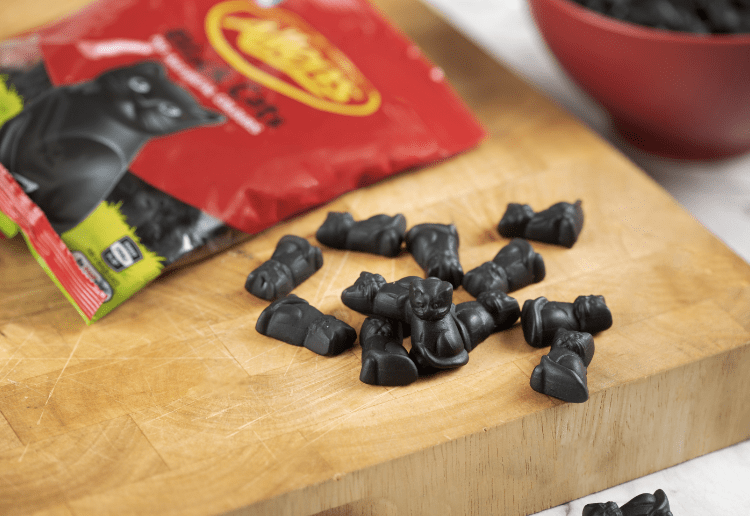 If you’re a liquorice lover, we have the most purr-fect news. And we promise, we’re not kitten-around. Black Cats lollies are going solo and getting their very own bag.

Allen’s famous (or infamous) Black Cats lollies are known for dividing the nation. You either love ‘em or you ditch them deep down in the bin. I must admit I’m 100% the latter but I know there are trillions out there who would go hiss-terical for their very own bag of the aniseed-flavoured treats.

Well, apparently, there is a whole clan of Black Cats lovers who have inundated the Nestle-owned confectionary company with calls, emails, tweats and posts to give them a bag full of their favourite feline-themed lollies.

The Allen’s team has finally responded to the rallying cry and from 4 March 2020, Black Cats lolly lovers will get what they’ve asked for. A whole entire bag of Black Cats lollies, completely untainted by other multi-coloured treats.

To honour those that relentlessly tweeted, emailed, took to Facebook and Instagram, and sparked the national move to the delight of all Black Cats Lovers, the team at Allen’s has inducted them into the Black Cats Gang. A special club that’s open to the 150 fur-midable trailblazers, the ‘gang’ will be celebrated by way of a limited edition bag featuring the names of the lolly heroes. 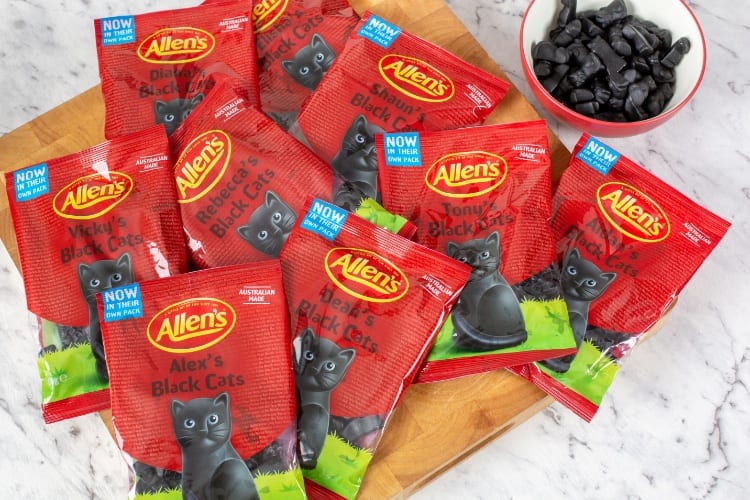 They will also receive exclusive Allen’s Black Cats memorabilia including bespoke pin badges, stickers, pop sockets and personalised bags of Black Cats as a token of their services to Australian aniseed lovers.

One of the leading members of the Black Cats Gang is Beau Ryan, former professional rugby league footballer and media personality. Ryan commented: “I’ve always been a part of the special few who truly appreciate Allen’s Black Cats. I was stoked to join the movement to hero these classic lollies and come together as a community of Black Cats lovers who just want to enjoy our favourite treat in its own bag. Thankfully, Allen’s has heard us and given us the holy grail. We’re over the moon – the paws-abilities for the Black Cats Gang are endless!”

“The mouth-watering aniseed flavoured jellies, Allen’s Black Cats, have been a fan favourite since they were created back in 1961. They are, without a doubt, the number one lolly that fans have wanted in solo packs,” said Nestlé Head of Marketing Confectionery Joyce Tan.

“We’ve followed the social media movement that has connected aniseed lovers nationwide, creating a unique community that are mighty, loyal and passionate about their lollies. We’ve heard their cries and are honoured to give the Black Cats Gang and all Black Cats lovers across the country what they’ve asked for.”

Are you a Black Cats lollies fan or foe? Tell us in the comments below.