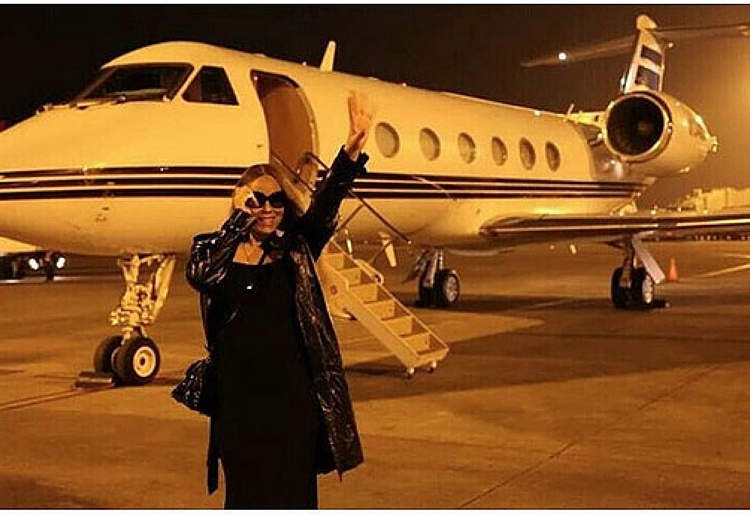 Mariah Carey and James Packer have caused a stir and rumours of an engagement when the American songstress appeared with a large diamond on her finger.

The Australian billionaire and his girlfriend are in Melbourne ahead of the sold-old New Year’s Eve concert at Crown Casino where Mariah is booked to perform to a very special crowd.

Seven News has reported the pair landed in James’s private jet at Tullamarine before making their way to his hotel.  When they arrived at the Crown Casino, James waited to open the door for mariah in front of the media pack that was watching their every move.

The couple then paused for a quick kiss in front of the cameras before holding hands and walking into the hotel’s foyer.

Mariah was dressed in a black low-cut gown and her left hand adorned what appeared to be a large diamond ring.

Whilst, no official announcement of an engagement has been made by the couple, the ring and the open show of affections has stirred up rumours that they are indeed engaged and a wedding maybe in their future.