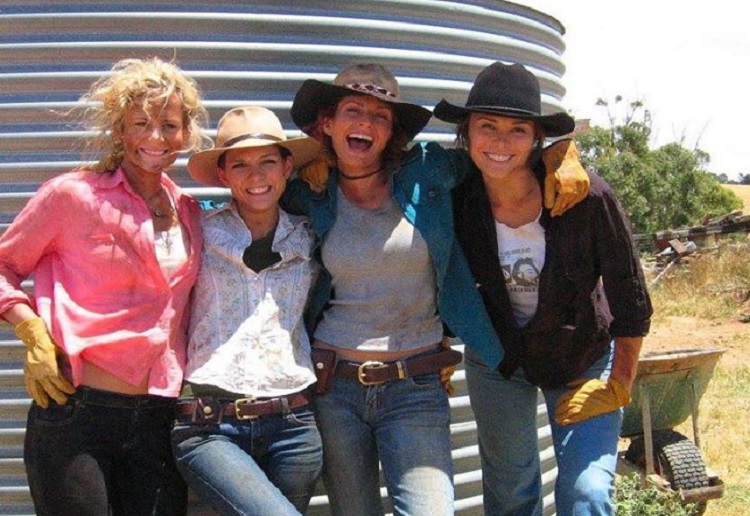 Ms Naylor spoke to Kidspot about her unique parenting approach and does not believe she is placing other kids at risk by not vaccinating her children.

‘If your kid is in daycare and there’s someone else who doesn’t vaccinate, you feel they’ve been left open,’ she said.

‘But if the mother of that child is homeopathically treating their child and looking after their overall wellness, you shouldn’t worry.’

Ms Naylor has three children – Ella-Blue, 9, from a previous relationship, and Sophia, 4, and Beau, who was born in May, with husband Aaron Jeffries.

The family live in Blipin in the Blue Mountains, after relocating from Bondi in Sydney.

She described their parenting style as ‘attachment parents’, saying they only take charge of their children when necessary, writes Daily Mail.

‘We have kind of surrendered any notion of control and putting the kids in any schedule. We allow them to lead with what they want,’ Ms Naylor said.

She said she believes people need a holistic approach to wellness and has a homeopath, chiropractor, kinesioligist and a medical doctor.

Ms Naylor added that she only takes her family to the doctor if is it absolutely necessary, and her four-year-old daughter Sophia has not seen a GP since birth.

The mother-of-two said she keeps her children healthy through diet, by avoiding wheat and refined sugar, and that her family rarely gets sick.

Zoe Naylor is best known for her role as Regan McLeod on Australian drama McLeod’s Daughters.

She recently revealed details about her life before she found fame as an actress, admitting she battled a drug addiction.

‘In my late teens and early 20s, I was a heroin addict,’ the 39-year-old said during an interview on Channel Seven’s The Daily Edition.

Zoe and husband Aaron Jeffrey married in 2010 after meeting and falling in love after playing farmers on McLeod’s Daughters.