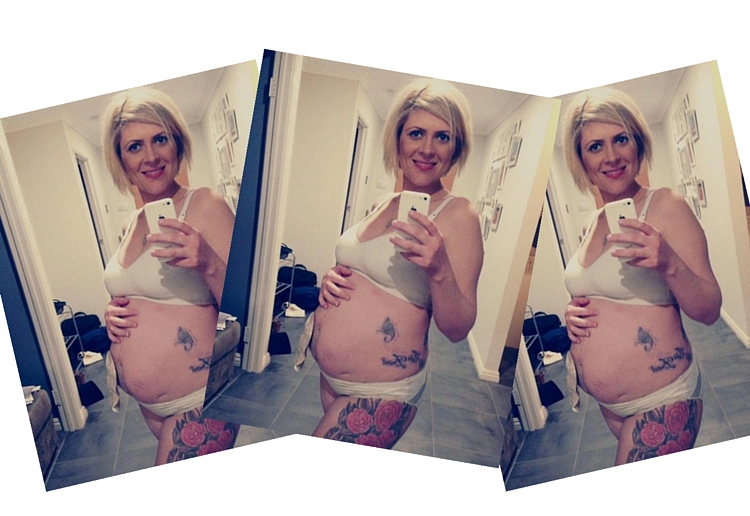 Meet Krystal Miller – a bag lady who is out to make a difference.

The mother-of-two has Crohn’s disease who relies on an ileostomy bag, is using her condition to empower women and encourage them to love and appreciate their bodies – no matter what.

‘I want to be a famous advocate for “bag ladies” like myself,’ says Krystal. ‘And let them know they can live a full life, they can have children, that’s a big thing for women.’

The 32-year-old mum has just launched a blog called, ‘Bag Lady Mama’ to help inspire other Crohn’s sufferers and women around the world.  The blog has taken off as women respond to her real-life posts about her life as a mum and living with Crohn’s disease.  Last week alone her Facebook page garnered a staggering 4000 likes.

Krystal’s Crohn’s story is an almost life-long one.  She first realised there was something was wrong as a teen – when she found herself constantly sick with vomiting and diarrhoea and would sleep for up to 22 hours a day.  She was diagnosed with Crohn’s disease, an often debilitating condition that causes inflammation of the digestive system or gut.

When Krystal was 22, she had her large intestine, part of her small intestine, and her anus removed. This is where the ileostomy bag came into her life. Doctors took the end of the small intestine and brought it out through an opening in the belly. This opening is called a “stoma.”  Through the stoma, your body is able to eliminate your body’s waste into a connected pouch that you wear at all times.

Krystal had overcome some massive hurdles in her life, including having two children vaginally (which doctors said could not be done) and has recently been accepted into nursing school.

This fabulous “bag lady” is on a mission to raise awareness of her condition and remind women that they can still be beautiful, sexy and desirable – even with their bags attached.