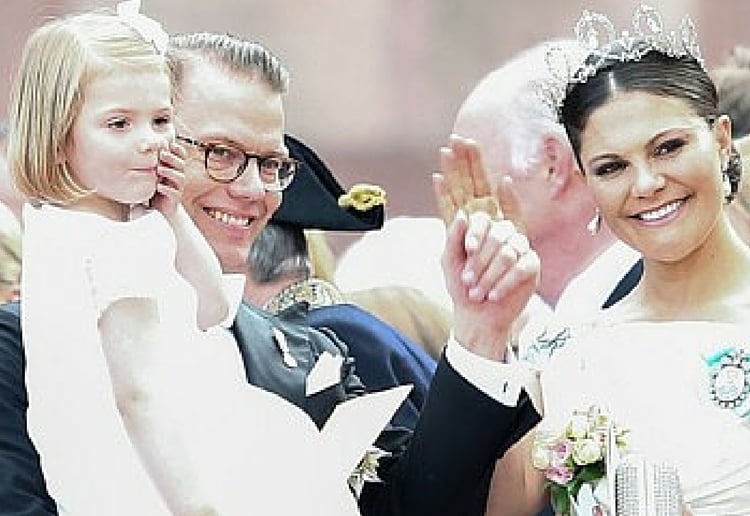 Royal dreams are surrounding the newest little prince in the world!

Prince Oscar, the newborn Swedish prince, is already capturing hearts with his first photo shoot.  This close-up shot of the beautiful sleeping newborn has been released by the palace, giving the world its first look at the youngest royal.

The photo of 5-day-old Prince Oscar was taken at Stockholm’s Haga Palace.

The Royal Court also released a photo of the happy family together.  Oscar appears slightly hidden under his cream blanket in his carrier, with his mum Crown Princess Victoria, dad Prince Daniel and older sister Princess Estelle smiling broadly for the camera.

Welcome to the world Prince Oscar!