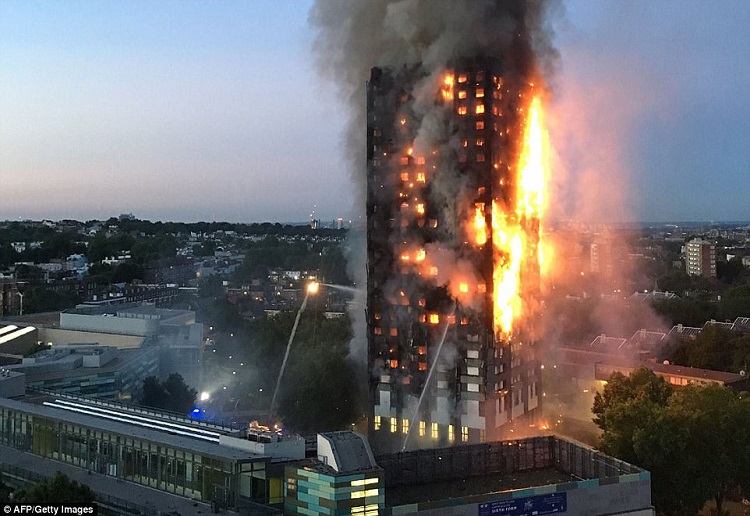 A baby was dropped from the tenth floor of a blazing tower block and caught by a man who ran forward from crowds underneath to grab it into his arms.

The miracle rescue occurred as Grenfell Tower was engulfed by flames in a fire thought to have been caused by a fridge exploding which has claimed the lives of at least 12 people, reports Daily Mail.

Samira Lamrani said she saw a woman try to save a baby by dropping it from a window ‘on the ninth or 10th floor’ to waiting members of the public below.

She said: ‘People were starting to appear at the windows, frantically banging and screaming.

‘The windows were slightly ajar, a woman was gesturing that she was about to throw her baby and if somebody could catch her baby.

‘Somebody did, a gentleman ran forward and managed to grab the baby.’

She added: ‘I could see people from all angles, banging and screaming for help.

Another resident, called Zara, said she saw a woman throw her son, who was about five years old, from a fifth or sixth floor window to escape the blaze.

She told LBC: ‘One woman actually threw her son out of the window. I think he’s OK.

‘I think he might have just had some broken bones and bruises.

Dany Cotton, Commissioner of the London Fire Brigade, said there had been ‘a number of fatalities’ and structural engineers are checking the stability of the building, which appears to have warped.

London Ambulance Service said 50 people are in hospital and paramedics are treating many more walking wounded for smoke inhalation and minor burns.

Our thoughts and prayers are with all involved.