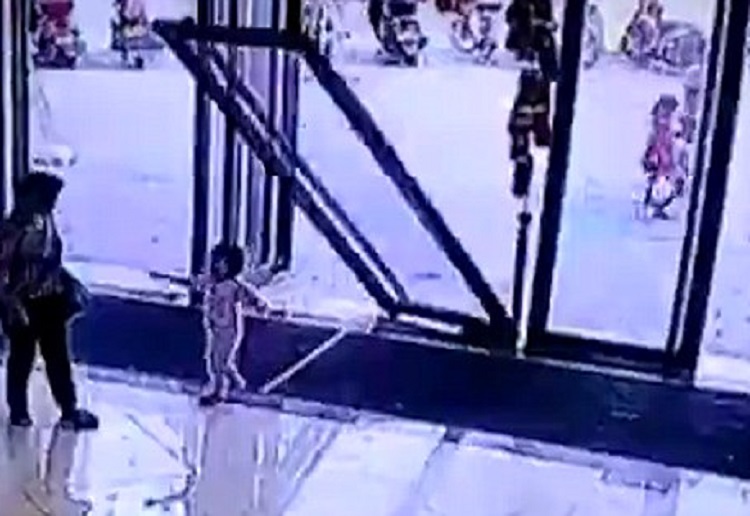 As the door was falling on the toddler, it also knocked over an elderly woman, believed to be the girl’s grandmother, reports Daily Mail.

Fortunately, both family members survived the shocking accident in China, which is now under investigation.

The incident took place at around 4pm on Sunday at South China Sea Ji Jia Square mall in Foshan, China.

The girl fainted at the scene and was rushed to hospital where doctors found that her skull had been fractured in several places.

Thank goodness the toddler survived the accident and is reportedly already awake.

A representative from the shopping mall said that they are now investigating the incident according to iFeng.