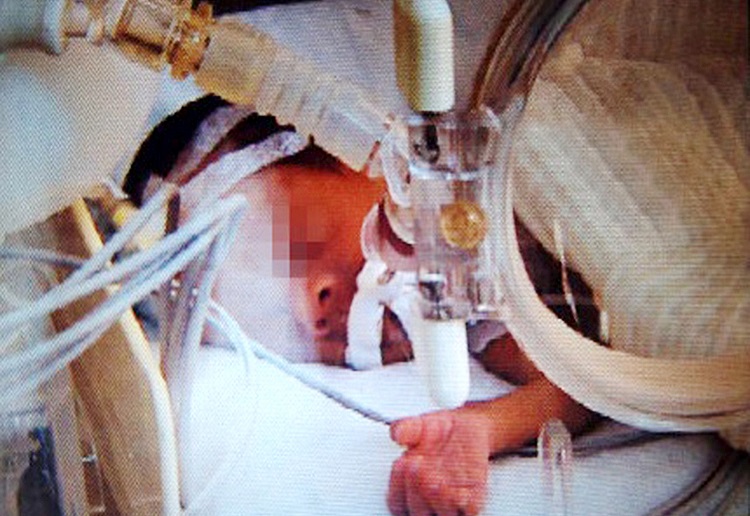 Baby came back to life just hours before funeral.

The Sun reports a newborn baby who was pronounced dead by doctors “came back to life” just hours before his cremation.

Despite being kept in a morgue freezer overnight, the little boy was discovered alive and crying when staff arrived to take him for his funeral.

He is now in a critical condition in hospital – with doctors saying they have no way of explaining the “miracle”.

According to Chinese media reports, the child was born two months premature at the beginning of January.

His father, surnamed Lu, agreed to have the baby boy stay in an incubator at the hospital for 23 days until doctors declared him fit to go home.

But within two days Mr Lu rushed his newborn son back to hospital in the city of Jinhua after he started showing signs of discolouration.

A short time later doctors reportedly told the little boy’s devastated parents that his heart had stopped beating and he had been declared clinically dead.

The “dead” baby was wrapped in two blankets and kept in a freezer in the hospital mortuary overnight, with temperatures hitting -12C.

But relatives and morgue workers were shocked when they removed the child’s body the next day, only to see him alive – and crying.

Doctors said they had no way of explaining the “miracle”, and are now doing everything they can to keep the child breathing.