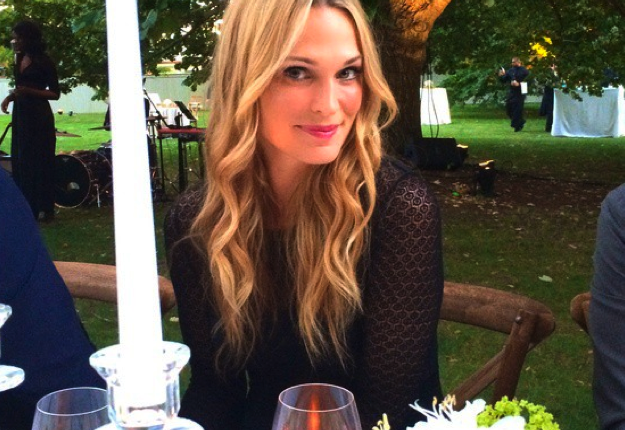 The gorgeous Molly Sims has revealed that she is expecting her second child.

The 41-year-old actress, who is already mum to 2-year-old Brooks, made the exciting announcement via her blog, writing “I can’t even begin to explain just how excited we are for a new baby.”

We are so, so, so blessed as a family, and I’m speechless at the fact that we have the opportunity to bring a second bundle of joy into the world

“As a new mom to Brooks,” she continued. “An entire world of motherhood opened to me along with a thousand and one questions. I absolutely cannot wait to see what life will be like as a mother yo a toddler and a newborn, and I really can’t wait to see Brooks as an older brother to Baby #2.”

Molly’s announcement was accompanied by the most beautiful photo, which she also posted on her Instagram account:

We always love to hear celebrity baby news, and over the years, there have been some gorgeous announcements made via social media. Here are just a few of our favourites:

George Clooney’s ex-girlfriend announced via Instagram that she was expecting her first child, posting this hilarious picture with the caption:

“Look what we’ve got cooking! A Bun’dle of love!”

Former 98 degrees singer Nick Lachey announced in July that he and wife, Vanessa, were expecting their second child together- a baby girl. The couple are already parents to 2-year-old son Camden, and revealed their exciting news on social media, posting:

“Can’t think of a better way to celebrate 3 years of marriage to my beautiful @VanessaLachey than this! #family”

Singing superstar Alicia Keys took to Instagram to not only wish her hubby Swizz Beatz happy anniversary, but to announce they are expecting their second child:

“Happy Anniversary to the love of my life @therealswizzz !! And to make it even sweeter we’ve been blessed with another angel on the way!!”

How did you announce that you were expecting a bub?