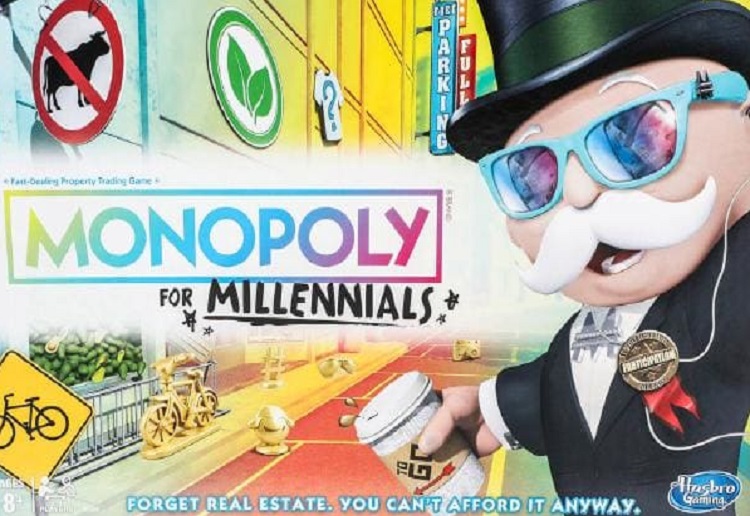 Monopoly has created a new board game just for people who can’t afford to own a home.

Hasbro has devised a new Monopoly For Millennials.

“Forget real estate. You can’t afford it anyway,” the cover of the board game reads.

Players don’t win with money to buy homes or railroads, but instead collect “experience points” by earning rewards such as a three-day music festival or going to a vegan bistro — because memories “last forever”.

According to the description of the game on the Walmart website, this version of Monopoly was made because “adulting is hard.”

Instead of earning money as players do in the traditional Monopoly, players in this game collect experiences as they travel around the board.

The board features spaces like “three-day music festival,” “parent’s basement,” and “farmer’s market” and includes game pieces shaped like a hashtag and an emoji.

Not everyone is impressed!

People have turned to Twitter to express their feelings about the new game.

Some of them feel it’s a bit unfair that a generation is being “trashed” by a board game.

@Hasbro Can you provide the URL for the Hasbro-official website featuring “Monopoly for Millennials,” where you trash on my age demographic because baby boomers caused an economic catastrophe that rendered us financially impotent for a decade? Thanks! pic.twitter.com/wmm0WQwnld

Wait, I thought that Monopoly for Millennials thing was a bad Photoshop. Now I find out it’s real? What the hell? Who is this even for?

Plus – Just When You Thought it Had All Calmed Down: Monopoly Fortnite