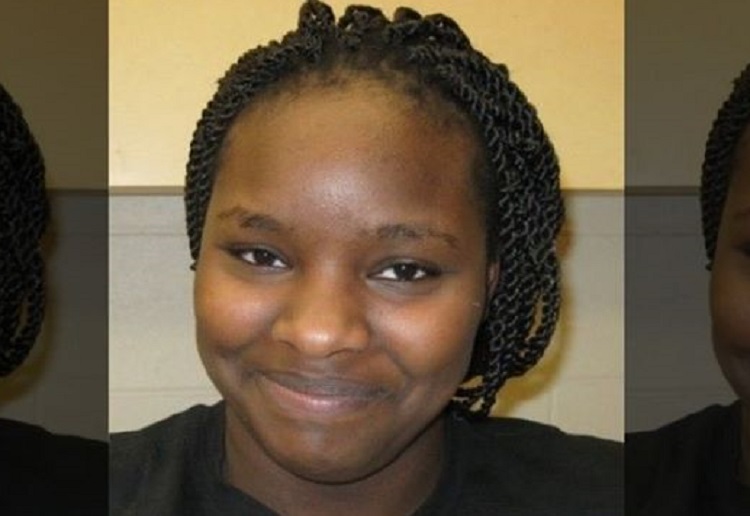 An 18-year-old mother was arrested after she bragged about taping her toddler to the wall in a shocking Facebook live video.

Daily Mail shares, Shayla Rudolph of Reynoldsburg, Ohio, was arrested and charged with third-degree felony abduction on Thursday while her two-year-old son was taken in by Franklin County Children’s Services, police said.

Rudolph used clear packing tape over her son’s mouth, and restrained her toddler’s arms against the wall with tape for about 15 minutes, police said.

The mother bragged that it was a good way to keep her child from running around, and later filmed another Facebook video taunting people who alerted child welfare officials about the clip.

Rudolph filmed the first video on New Year’s Day and claimed it was a joke when child welfare officials visited her home on January 5, according to WSYX.

The toddler can be heard crying in the first Facebook live video, as his arms are held against a wall with clear packing tape. Police also said his mouth was taped shut.

Rudolph can be seen in the video telling her son: ‘You have the best mommy in the world wide world.’

She faces the camera and explains her methods, saying: ‘You can’t clean without them running around tearing up? Tape ‘em to the wall.

‘You can’t cook or none of that because they running around? Tape ‘em to the wall.’

She later tells her son: ‘Don’t make me put more tape up there. Now stay still. You can see the TV from right there.’

The toddler, dressed in a diaper, continues crying in the background.

Days after the Franklin County Children’s Services appeared at Rudolph’s home, she posted another video, indignant about the visit.

In another Facebook live video, Rudolph can be seen disciplining her son by making him stand in a corner.

She says: ‘They called Children Services on me, so f*** it, now he in the corner.

‘Whatcha gonna do now? Call children services now, you can have his a**. I don’t give a f***. This time y’all can take him.’

Rudolph also claimed she could punish her son however she liked, and hang him upside down, FOX reported.

We have chosen not to include the video in our post. It can easily be found if you want to search the webs.