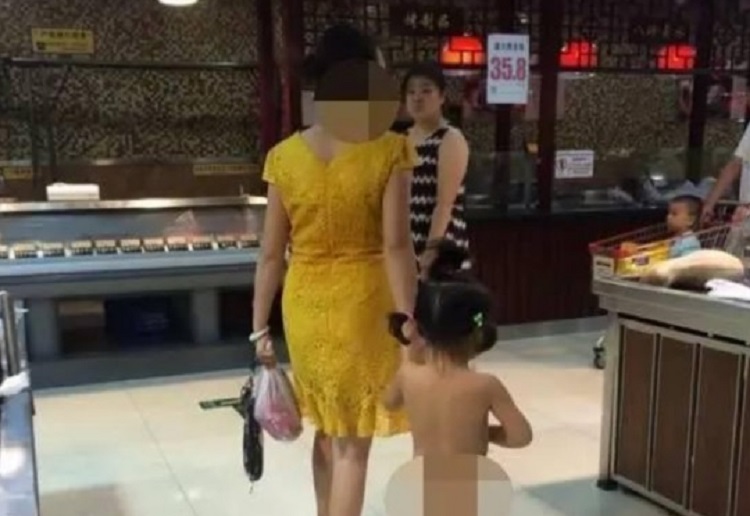 A mother in China has been blasted for taking her naked daughter shopping.

The woman was spotted with the child at a supermarket in Xinyang City, central China’s Henan province on August 13, reports the People’s Daily Online.

Pictures of the young girl, thought to be around two-years-old, have caused outrage on the country’s social media sites.

The young girl was spotted in a supermarket with her mother and was photographed by shocked onlookers.

On China’s social media site Weibo, many people have expressed their outrage on a thread that was read more than 12.7million times, reports Daily Mail.

One user commented: ‘As a mother of a one-year-old myself, this is really hard to look at.’

While another said: ‘This is a perfect example of child abuse.’

And one user wrote: ‘Personally I think this is insulting to the child.’