Article Mother Traps Crying Toddler Under Stool While She Gambles 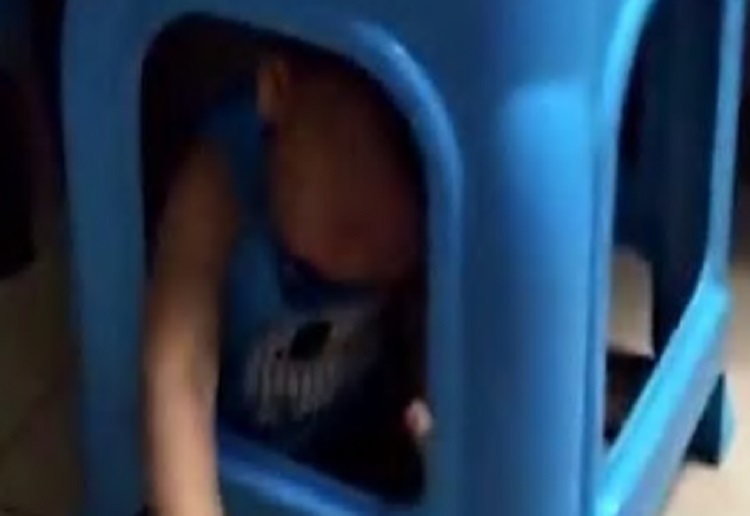 A photo of a woman in China who trapped her toddler under a plastic stool so she can gamble has caused outrage.

The little boy can be seen struggling to climb out of the small space underneath as his mum totally blanks him while she plays the game mahjong, The Sun reports.

Video of the incident has gathered more than 2.1 million views in China where gambling is illegal because of the terrible social problems it has caused for centuries.

The incident was initially said to have taken place at an illicit gambling den near a school in Hengyang city of Hunan Province, according to Legal and Legislation Evening Post.

Police have now shut down that club after busting it and 12 people on suspicion of illegal gambling yesterday.

But officers, who have reviewed the clip, believe the incident had not happened in Hengyang because they did not have local sounding accents.

The police said they would continue to investigate the incident and find the mum.