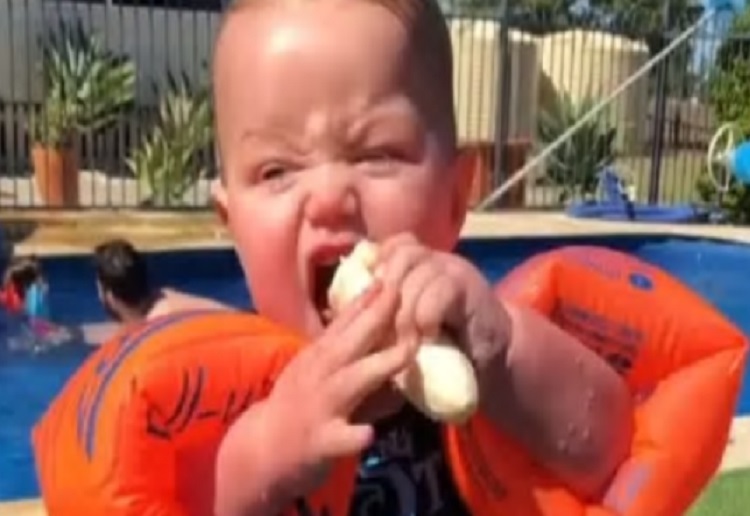 Mum shares how she was labelled a bully after posting a video of her son attempting to eat a banana with floaties on.

Why? Well for one reason because her son has a red face!

Kate tells Kidspot,”I completely understand that people are concerned and make the assumption that he is sunburnt, but he has incredibly sensitive skin and was teething at the time (certainly not sunburnt). Even when I went on to explain this person still claimed that I was lying.”

She added, “Some were claiming my son was malnourished (please, look at him) while others were just saying that I was cruel, terrorising him. Let me just be clear, he got out of the pool to take my banana from me, which I let him do, obviously.”

“How did a 30-second video about a little boy attempting to eat a banana make people so angry? If anything, it teaches him persistence or problem solving, to try a different option. Resilience, determination and stamina. Come on!”