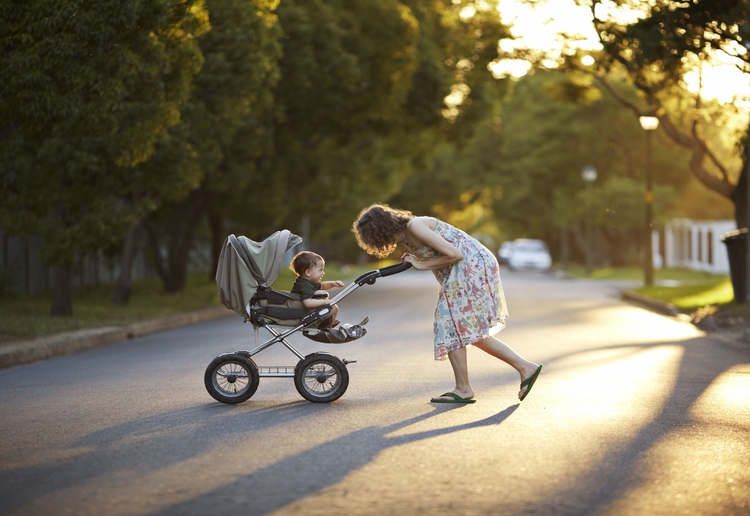 A concerned mum says that her three-year-old daughter refuses to give up sitting in the pram and becomes inconsolable when she is told to walk instead.

A mum has shared her frustration and asked for reassurance after admitting that her three-year-old daughter still insists on being pushed around in a pram.

Despite buying her daughter a scooter to encourage her, but nothing has worked and she feels that the little girl is now too old to be using a pram on a daily basis.

The mum says that her husband has been insistent that their daughter needs to start walking or using the scooter as none of her friends are still requiring a pram.

“At the end of the day she is often too tired to ride the scooter and we have tears and tantrums and her demanding to be carried,” she wrote in her post. “I think we should reintroduce the buggy but my husband is adamant that our daughter is too old and points out that very few of her peers use a buggy now – they all walk or ride scooters (he is right).”

Even though the mum says she agrees with her husband’s feelings, she can’t help but think it would be easier to continue to use the pram until her daughter is ready.

“I honestly don’t know if I am being unreasonable or not to think that it’s ok to keep using the buggy for a while longer,” she said.

Other parents said they were completely in agreement with the mum’s feelings and that every child is different.

“Three is fine to use a pram for long distances or long days,” one comment said. “I can see ours coming along for jaunts until she is past four to be honest.”

“Why on earth not?” asked another. “She might not want it eventually, so you can use it to transport all the other stuff!”

We think this mum should do whatever she feels she needs to do to avoid every single preschool pickup being a battle. Three is still so young! No doubt when the little girl starts to notice that none of her friends are using the pram, she will follow suit.

Do you think three is too old to be using a pram? Let us know in the comments.

Mum Accused Of Bad Parenting After Sharing Pram Hack
Jennifer Hawkins Shares How Overwhelming Baby Shopping Can Be
Should We Really Make Our Kids Share?