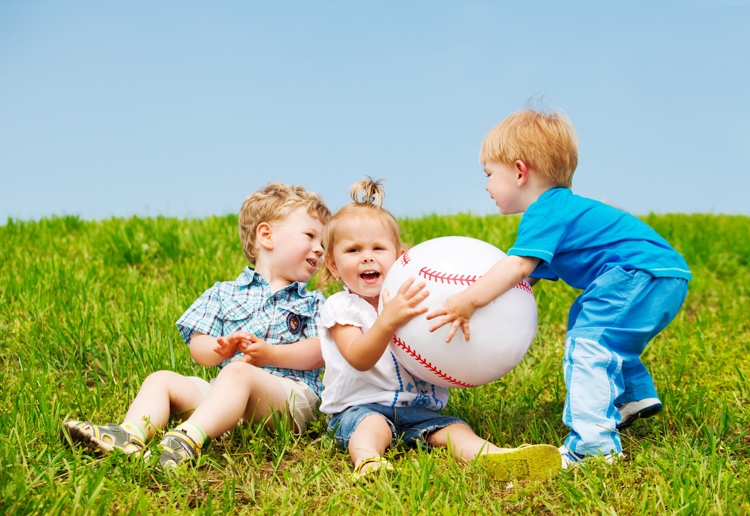 ”Give one to your friend…”

It’s the first thing we say to our children on playdates.

Are we really designed to share, though?  It is the right action to take, getting our child to give one of their toys to a friend that visits. I mean, a friend doesn’t visit to be bossed around, nor left with the broken bits of toys. That, the essense of “the play” is sharing. Interacting. I’ve watched my youngest quench her own thirst in front of a friend. That’s why we are there isn’t it. “Does your friend want a drink?” “Are you sharing those lollies?”

”Gasp!” So my child is sitting there eating sweets without sharing. Thank god I’m monitoring this play date monstrosity.

Sharing comes easier for some. It’s certainly part of development. Playing interactively with another. Sharing their stuff. A group of dolls or LEGO. Board games.

But what if your child doesn’t want to share?

I made the ultimate error of handing on the pram to my new baby.  My toddler could walk, holding my hand. But Nooo I had given her pram to another. It was her’s and she was right it had been. I just gave it away.

She cried and faught and I battled through. In hindsight I would have bought a pram for two.   I felt like an a**!ehole for having my oldest just give up her stuff. Thinking she wouldn’t feel anything about it.  She felt plenty! Plenty put out, plenty upset.

Same for play dates. What if the friend wants their best thing? Do they have to share that?

Or are we really quite all about a ”that’s mine.” attitude?   If we had a bag of chips waiting for a train would we share? With a stranger?

Yet the first friends we’ve selected for our children are strangers.

“Play with your friends.”

Is it fair that we expect so much of our children, when we are part of an adult world, so at war?

Or, less dramatic I imagine in my mind,   (the comical one I have ticking over a lot).  I’ve gone to a friend’s and sitting with their favourite vase in my lap, that I grabbed on way in.  Of course, it’s a silly thought.

And if I have a friend over for coffee and times up for the visit.  I go into my wardrobe and come out after they’ve left.  As my child has done when she got tired with a friend over, preschool age.

We do just put our children in the position of sharing favourite things. Being the super sharer. Being Switzerland.

Preparations for activities can be a good idea.

Put away most favourite toys. If that’s an issue. Have limits. There’s nothing wrong with that.

No play in bedroom just in the lounge with sets of toys ready.

Or only play in bedroom and no touching things on desk.

My youngest took the liberty of writing a note.

No one to go in this drawer

Fair enough. Their “territory” has to be respected. I didn’t take it down.

Knock before coming in.

I believe we expect so much from kids. When adults themselves aren’t necessarily setting a positive example. So when it comes to being The Sharebear we encourage our children to make sure we are being a

Do you make your kids share? Tell us in the comments below.