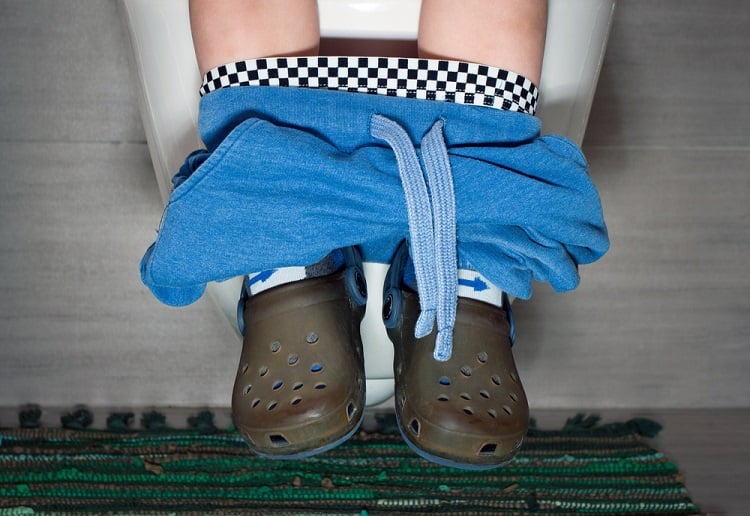 A discussion on one online forum reveals some mums are still wiping their children’s bottoms up until the age of 12.

The discussion began on Mumsnet when user Changedmymind shared she is frustrated with their six-year-old’s refusal to wipe his own bottom.

She shared: ‘He wipes it in school, but refuses to do it at home insisting me or his dad does it. I’ve just refused and he’s currently having a meltdown on the toilet.

‘Am I being unreasonable to expect him to wipe it himself?’

Many parents shared her pain and totally understood her predicament.

‘Playing is more fun than sitting on the toilet for ages waiting for someone to come and wipe your a***….’

And Elspeth Flashman agreed saying: ‘You are not being unreasonable. Recently I was in a friend’s house and her hale and hearty seven-year-old roared at her from the downstairs loo “MUUUUM! WIPE MY BUM!”

‘It wasn’t very edifying for anybody.’

What wasn’t expected was the confessions from some parents that their older children still require some assistance.

Mummyoflittledragon said: ‘I help DD (darling daughter) if it’s a bit “squadgy”. She’s eight. It can become a habit if I’m not careful. I’m too soft, I know.’

FloraFoxglove wrote, “I have a 9 year old and I help out sometimes when he’s got himself in a bit of a pickle. It’s no big deal.”

youarenotkiddingme  shares,”My Ds still asks now occasionally when he’s struggling and he’s just turned 12.
He didn’t manage to do it himself reliably until a few months ago. Yes he’d have to at school but it wasn’t clean.

Can’t get my knickers in a twist about it tbh.

And my Ds is certainly not spoilt.”

But it was user Javabeansaintgeorge who really provided the shocker.

She admitted: ‘I wipe all my kids, oldest is 12 and is c**p at the best of times. It would be cruelty leaving him dirty when he has an upset stomach.’

That left many parents quite stunned.

‘Firstly that these 12-year-olds aren’t utterly mortified at having their a**** wiped for them but also at how a 12-year-old with no special needs could be incapable of wiping themselves? It’s not that difficult is it?’

ElspethFlashman added, “I have to add that my friend is still washing her eldest daughter’s hair for her and said daughter is about to turn 16.

In the shower. Seriously. Her daughter puts shampoo in it and then roars for Mum to come into the bathroom to do the rest. Every second day. Completely normal boringly Caucasian hair.

The thread has so far received 240 comments.

Most children are expected to be fully toilet-trained, including wiping their own bottoms by the time they start primary school.

As a mum of a twelve year old boy my answer is simply NO. No. No. NO!!!
Of course, if for some reason he needed help (I would seriously be screaming in my brain) but I would if I had to.  But not just because. NOPE NEVER!