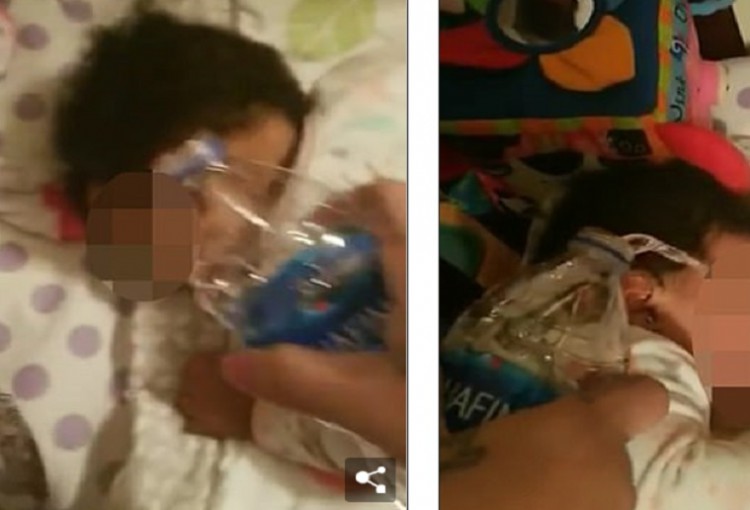 A mother has been charged with child cruelty after she was allegedly seen ‘waterboarding’ her baby daughter in a disturbing Facebook video.

Caitlyn Alyse Hardy, 33, from South Carolina, was arrested on Wednesday after she posted footage on the social media site showing her pouring water over the sleeping infant, police said.

Screenshots circulating on social media show the original post said, ‘Payback for waking me up all kinda times of da night.’

The video clip shows the nine-month-old girl waking up coughing after water was poured over her face from a plastic bottle.

Authorities were alerted by concerned social media users after the video was shared on a Facebook.

Authorities issued a warrant for her arrest Wednesday, accusing the mom of ‘ill-treatment’ that caused ‘unnecessary pain and suffering’ for the baby girl.