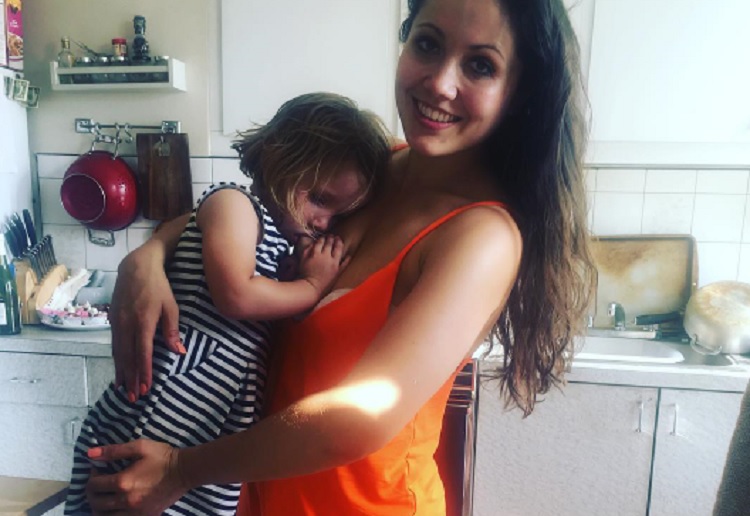 UK Mum reveals she is still breastfeeding her five-year-old daughter and claims it has saved her thousands.

Sophie Mei Lan, 29, of Wakefield, West Yorkshire, claims it makes her closer to her child Jasmine and has saved thousands of pounds over the years.

Miss Lan, who also has a two-year-daughter called Arianna, told The Sun: ‘I don’t think there’s anything strange about feeding your children.’

The mother, who goes to bed every night with her children so they can feed then fall back to sleep, added that breast milk is ‘nourishing, soothing and free’.

She told The Sun,  ‘Jasmine started school last year and I told her not many kids in her class would be feeding, but she’s not bothered.

‘When they get molar teeth it’s supposed to be harder for them to latch on, so maybe she’ll wean herself off when she gets to around seven.’

Breastfeeding has long been associated with positive outcomes for children, such as higher intelligence, better gut health, and stronger immune systems.

Mum defends her choice to breastfeed during sex

What are the benefits of extended breastfeeding?
•Your milk will still give your child the benefits of your antibodies and pass on immunity to bugs you have been exposed to.
•Feeding your older child can give them a lot of comfort and reassurance, and will allow you to continue with all the lovely physical bonding that breastfeeding can provide.
•Weaning when your child is older may make the whole process a lot easier and let it come to a natural close rather than an arbitrary and abrupt end.
•Breasts make very portable comforters. Feeding can be used to calm your child down and give some instant comfort and security.