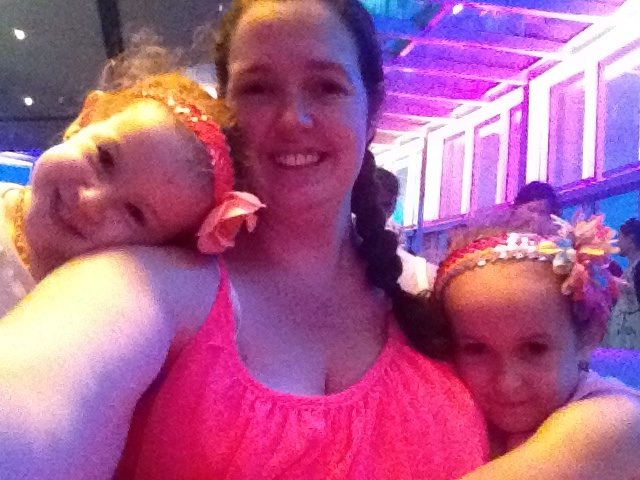 Samantha Martin had no idea she would need life saving surgery just days after the birth of her son.

A week after her baby boy Jacob was born Ms Martin,29, from the Gold Coast collapsed at a photo shoot. Her next clear memory was waking up in hospital and being told her life had been saved by a double lung transplant, reports The Courier Mail.

“To have Jacob healthy and happy is a miracle, I think. And for me, I know someone was there watching over me,” she said.

Diagnosed with primary pulmonary hypertension, which occurs in the lungs’ arteries. It’s a condition that made her heart go into overdrive to pump blood through her lungs, and it’s believed that her pregnancy exacerbated the condition.

“We were told there was no turning back, we had to get lungs within 14 days (or) … she wouldn’t have been able to survive,” Ms Hall said.

Ms Martin was placed on an urgent nationwide waiting list and an organ match was found within a week.

“(She) was literally standing at death’s door and her life was saved by an excellent team effort,” Dr Ziegenfuss said.

“I’m just so blessed. If you have what I have, you’ve got to stay strong and positive and never give up,” she said.

Jacob, now eight weeks old, was taken to the hospital every day to visit Ms Martin as she fought to survive.

“We laid him on the side of the bed just to let him feel Mum and smell her. The doctors said he could smell her,” Ms Hall said.

Since learning of her remarkable fight for life, many of those closest to Ms Martin have now registered to be organ donors.

“Until you walk in these shoes, you don’t realise how important donation is,” Ms Hall said. “We would have lost Sammy … (organs are) being buried that can be used. Ten people can be saved from one person.”

What is Primary pulmonary hypertension?

When not accompanied by underlying heart and lung disease or other illnesses, it is called primary pulmonary hypertension. The greatest number of cases is reported in women between ages 21 and 40.

Patients with PHT may experience:
•Fatigue
•Dizziness
•Shortness of breath