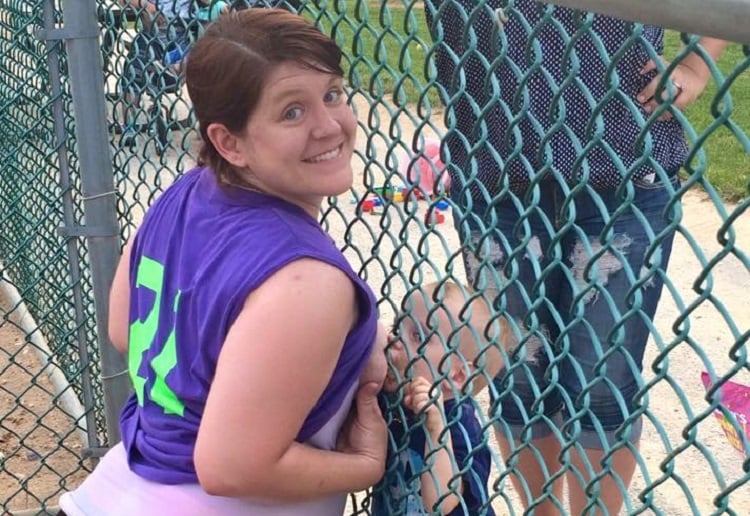 When Bekki Matthews shared this photo to Facebook she never expected to receive so many disrespectful comments.

Remember this photo that caused quite a stir?  A surprising four years later and Bekki from the US is STILL defending her image.

She added a comment to the original photo shared in May 2015 letting people know her response to their constant abuse and ridiculous replies.

1. He was only a year
2. He started walking at 8 months
3. The person standing behind the fence with him is his baby sitter.
4. I was up to bat in 3 hitters. So I couldn’t go get him and it was unsafe to bring him around.
5. The fence was over 6ft… I’m only 5’1 so there was no handing the child over the fence
6. The fence did not hurt
7. Germs? He was eating dirt prior so possibly why he wanted some milk to wash it down.
8. For attention? No. My screaming child who wanted to comfort nurse for a short while was causing more attention than me nursing him through the fence did.

I think those are the main points people try to bring up.

We originally shared this post in June 2016 and her image has now been shared over 25,000 times and still to this day receives comments on a regular basis.