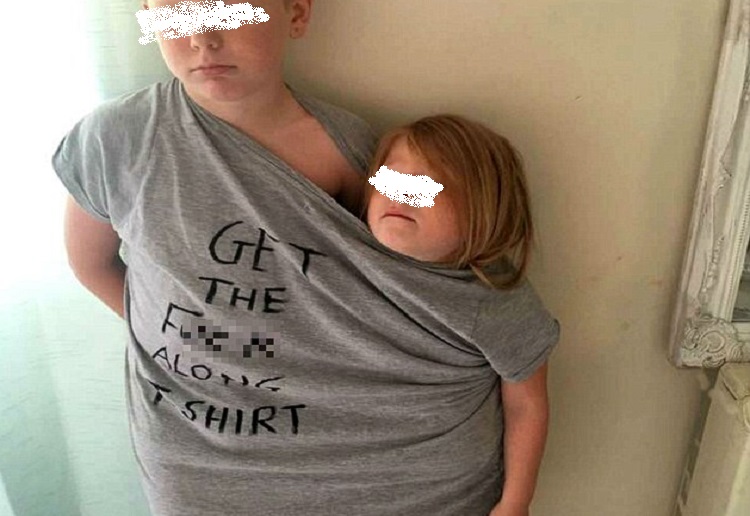 This mum-of-two came up with a rather clever idea to stop her children arguing.

Vicky Bowles, of Bedminster, Bristol, made son Jaiden, 10, and daughter Lula, five, stand side-by-side in the same grey t-shirt in a desperate bid to put an end to their constant bickering, shares Daily Mail.

To emphasise her point, she scrawled the message ‘get the f*** along’ on the front of the top.

Vicky received praise from other parents after she shared a snap of her children in the t-shirt on Facebook, with one saying it is ‘far more effective than the naughty step’. 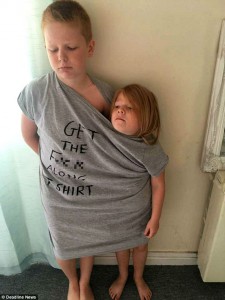 The mum explained, ‘they are lucky children, they get to do so much and should appreciate it but as soon as we are at home they argue and fight constantly.

‘Yesterday I needed a day in as it was raining and to catch up on everything but they decided as per normal from 6am they would argue and fight and I’d had enough.’

When the children began another argument shortly after being freed Vicky said, ‘I grabbed the shirt again and they ran away from me,’ she said.

‘They spent another 15 minutes in it in the afternoon after bickering non-stop while I was cooking after that they spent the rest of the day apart so I it worked to a extent I guess.’

She is definitely not the first mum to try this shirt though. I think it is a regular visitor in many households.

Would you try this on your kids?