Article Mum forced to deliver her own baby 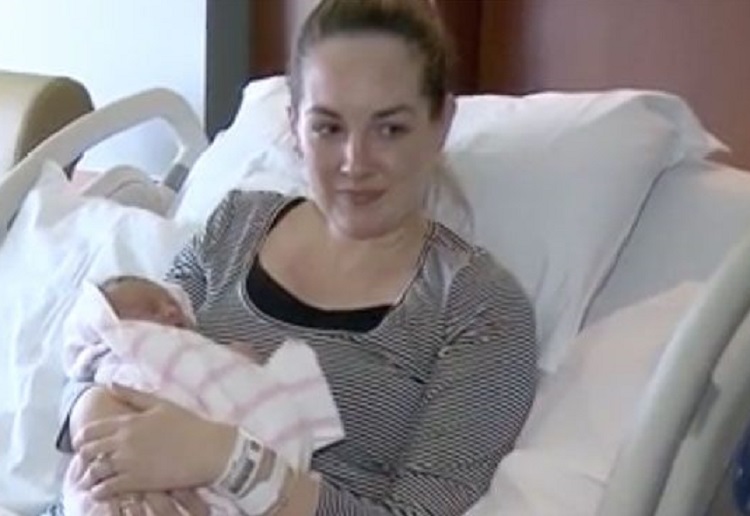 A pregnant mother was forced to take matters into her own hands after she unexpectedly went into labour.

Sara Tolliday, from the US, was rushing to hospital with her husband Sam in the early hours of Saturday morning when her waters suddenly broke, rep0rts 7 news.

“You know, I delivered her myself, I guess,” she told US television station WMUR9.

After her husband pulled over in a Target car park, Tolliday said it was all over in a flash as things “progressed a little faster than expected”.

“It was just so intense and fast, but then I was like, ‘She’s out.’ And (Sam) was like, ‘What do you mean, she’s out?’ And he stopped the car, looked over and there she was,” she said.

Did you have a fast childbirth?