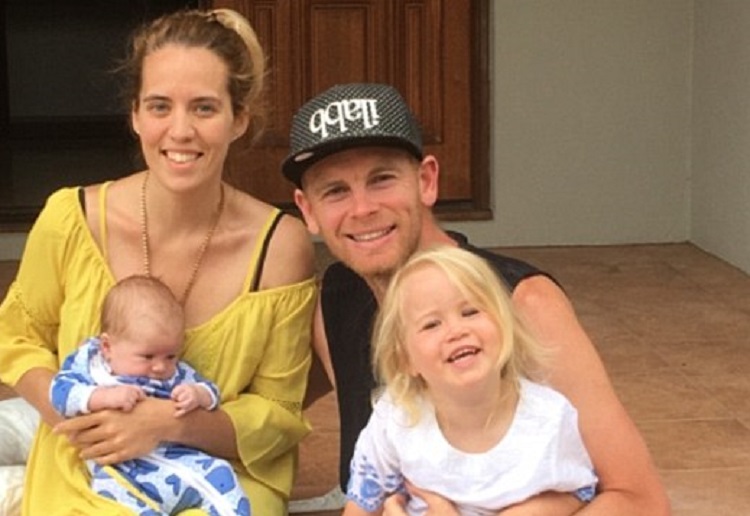 Mum discovers she has stage four bowel cancer just two hours before the birth of her baby boy.

Kim McConnell’s son hadn’t even been born yet when she was told she had a large tumour on her bowel.

The 31-year-old mum, from Perth, Western Australia, had experienced some worrying symptoms throughout her pregnancy, but was unable to have a colonoscopy to check what was wrong as it would induce labour.

Two hours before she gave birth, the test was finally able to be done but came back with devastating news – the young mum-of-two had bowel cancer.

‘My Gastroenterologist told me I had a 11 centimetre tumour about to perforate my bowel,’ Kim told Daily Mail Australia.

After the birth of her son, Jai, the mum was transferred to a different hospital for a CT scan, where the news only got worse.

‘My surgeon had hoped it was localised and only stage two, but after the scan they said it was stage four and had spread to liver,’ the mum explained.

‘I had surgery the following day where they removed a large part of my bowel and one of the two spots on my liver.’

Kim is extremely positive about her chances of beating cancer.

Not only is she receiving chemotherapy treatments, but the mum-of-two is working with raw dietitians, Natalie and Stuart McIntosh.

‘Normally bowel cancer can take 10 years to develop,’ Kim explained. ‘But in young people it can develop within three years.

‘They have no doubt that the pregnancy hormones made a difference to how quickly it grew as well.’

She wants women to be aware of their bodies during pregnancy, and push for tests if they think something is wrong.

‘I want to help others that are going through this, especially younger people,’ she explained.

Kim is about to start her third dose of chemotherapy, and is incredibly determined that she will beat the cancer.

‘Having children, a cure is my only option,’ Kim told Daily Mail.

We wish Kim all the best and hope she can beat this dreadful disease.