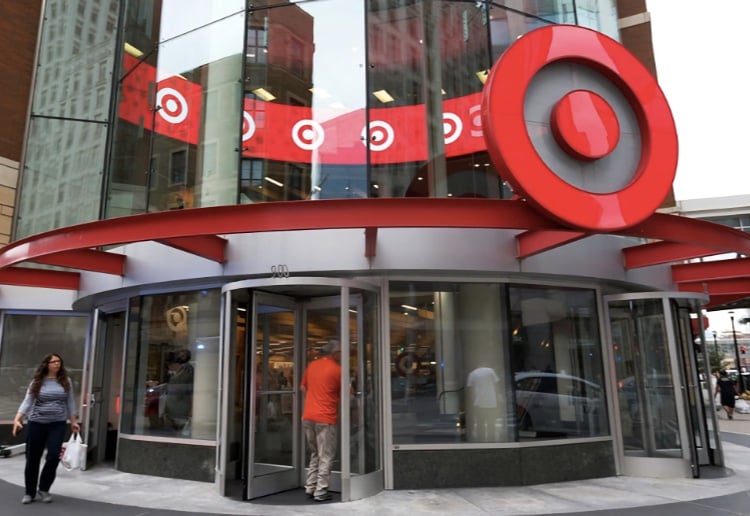 A complaint to the popular department store has sent snorts of giggles and squeals of glee around the internet as shoppers have a go at the moaning ‘Karen’ who wasn’t that keen on an x-rated display at her local store.

Target in the US has recently started selling a range of massagers (the sexual kind) in-store and online.

“Consumers are focused on self-care and self-love now more than ever. Whether it’s for pleasure or wellness, certainly women deserve convenient access to high-quality, affordable sexual-wellness devices so they can own their sexuality,” said a spokesperson for plusOne vibrators.

One woman attacked the discounted chain store when she encountered the vibrators on sale in the US version of Target.

Misty Soulard posted a photo of the dual vibrating massager and shared her venom on the Target facebook page.

“Target sinks to a new low in its hatred of parents, children, families and anything appropriate,” the woman ranted, alongside an image of two vibrators for sale in what appears to be a US chain of the store. 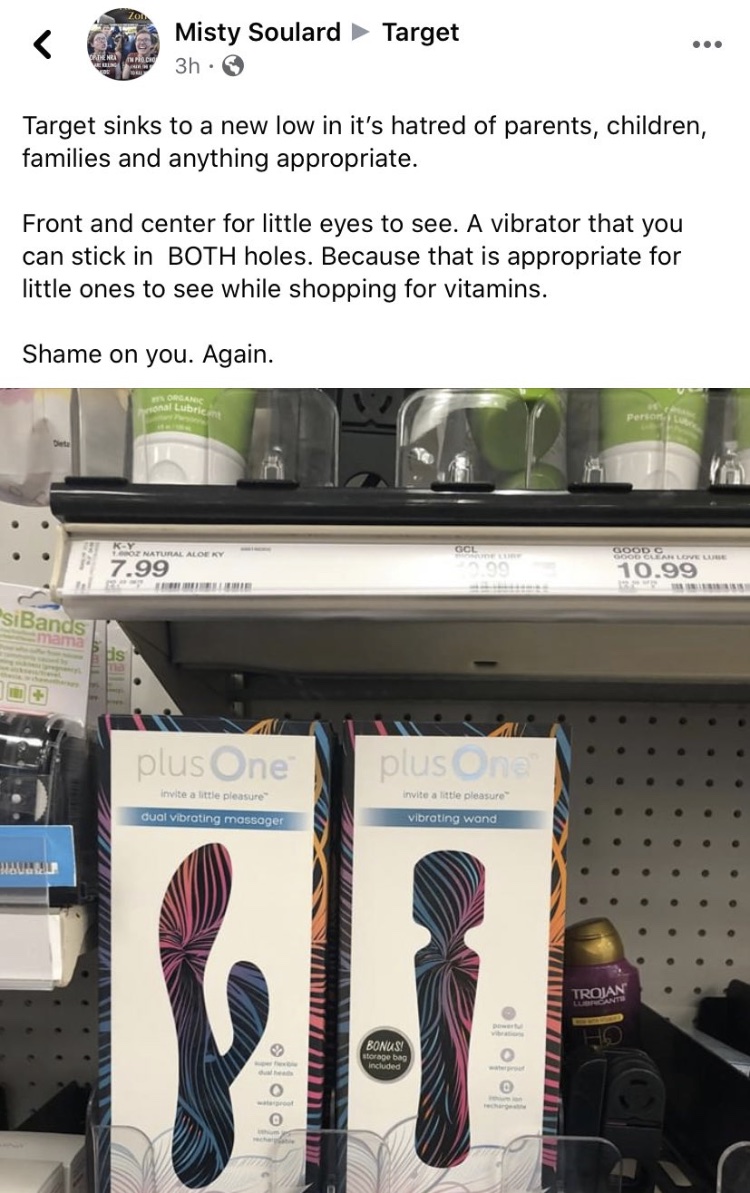 And The Internet Went WILD!

We know that the internet world can’t resist having a go at a ‘Karen’ and the responses did not disappoint.

“I’m going to Target and buying one tomorrow,” another wrote.

“i would pay ANY amount of money for this woman to explain to me 1) which holes she is talking about and 2) where she thinks they are,” one tweet read.

“I’m a gynecologist. Technically you could probably stick those two parts in both holes, but I doubt it would be comfortable, and definitely not pleasurable,” said another.

Others teased Misty about the fact that she definitely wasn’t shopping in the vitamin aisle when she discovered the sexual toys:

“Well let’s clarify one thing- this is not in the vitamin aisle. So unless you’re taking your kids shopping down the condom aisle, your kids wouldn’t see these… which are also on an upper level, not eye level with a child.”

This doesn’t even look like an aisle that’s anywhere near the vitamins section. Like, she literally had to go out of her way to go down an aisle she very much did not have to, that she knew was pretty much for adults only, just to complain about something being “front and center

Would Kids Even Know What This Was?

Others said that most young kids would have no idea what this product was if they stumbled across it in the store.

“They wouldn’t know what it is if you don’t tell them,” one comment read.

Wow, that’s probably the last time Misty will be showing her face on social media.

How would you feel if your local Target started selling vibrators? Would you call this x-rated? Tell us in the comments below.