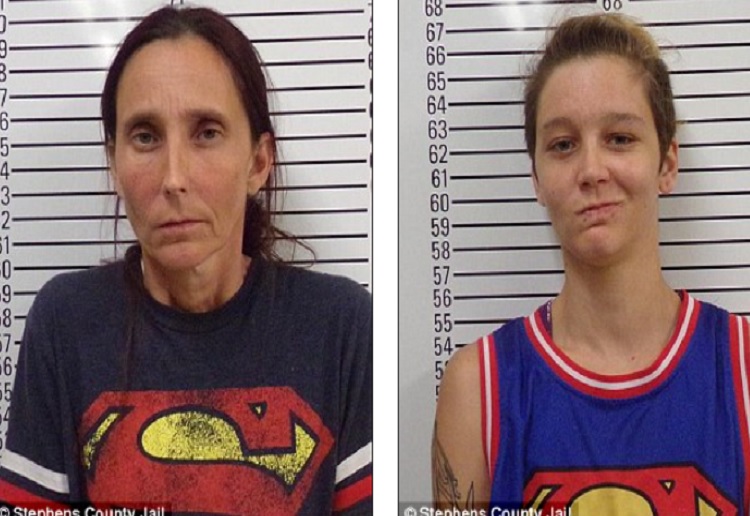 An Oklahoma mother and daughter are behind bars after it was revealed they had an incestuous marriage.

Patricia Spann, 45, and Misty Spann, 26, were legally married in March 2016 in Comanche County.

According to news.com.au, Spann was sentenced last month to two years in prison after pleading guilty to incest.

She must also register as a sex offender after her release from prison.

It had been revealed that Patricia Spann was previously married to one of her sons, Jody Calvin Spann, in 2008.

That marriage was annulled in March 2010, according to court records.

Patricia and Misty’s relationship was discovered by the Department of Human Services in August during a child welfare investigation inside their home in Duncan, according to KFOR.

Under Oklahoma law, marrying a close relative is considered incest whether or not a sexual relationship exists.

A warrant was issued for the arrest of mother and daughter on Friday and they were both charged with incest and booked into the Stephens County Jail.

Authorities said Patricia Spann told investigators she had lost custody of her daughter and two sons, who were adopted and raised by their paternal grandmother.

She then reunited with her daughter Misty two years ago.

The mother told police she didn’t believe she was breaking any laws by marrying her daughter because her name is no longer listed on Misty’s birth certificate.

Their marriage was annulled in October 2017 after a judge decided the “mother had induced her daughter by fraud to enter the marriage.”

Misty Spann pleaded guilty to incest in November 2017 in exchange for probation. However, her plea had been withdrawn when it was determined she had been given a deferred sentence, which is not allowed under state law. She was slated to enter a new plea last month.