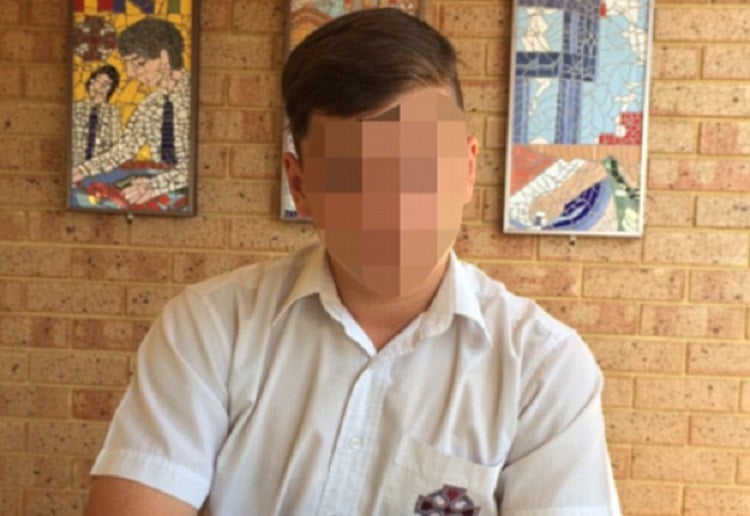 Mum furious after her teenage son was sent home from a private high school because his hair was ‘too short’.

The year 10 student at Corpus Christi College in the southern suburbs of Perth, Western Australia, was forced home from school just days after getting a new haircut, reports Daily Mail.

The boy returned to school the next day but was forced to wear a hat, much to the anger of his mother who attacked the school on Perth radio station 6PR on Monday.

‘We had a wedding on the weekend and he had his hair cut, so he’s got it cut short on the sides, and just a little bit long on the top,’ the boy’s mum Sandra said.

According to Sandra, her son was told by a teacher that school policy dictated hair must be above a ‘two’.

The boy was then forced to get a note from his barber to prove that the haircut did meet school rules.

An irate Sandra said she had found out about the problem after receiving a message from her son.

She said she then spoke to a teacher at the school and questioned why they seemed to have no problem with other boys who have much longer hair than her son.

‘I said (to the staff member), “You’ve got boys there with their hair looking like mop-heads and you allow them”,’ Sandra said.

The boy was initially told he may be banned from end of year functions.

It looks like the same haircut most of the boys have at the moment!

My 7yr old had his cut very similar the other day. Not shaved underneath just a neat short trim.

Do you think it’s “too short” for school?