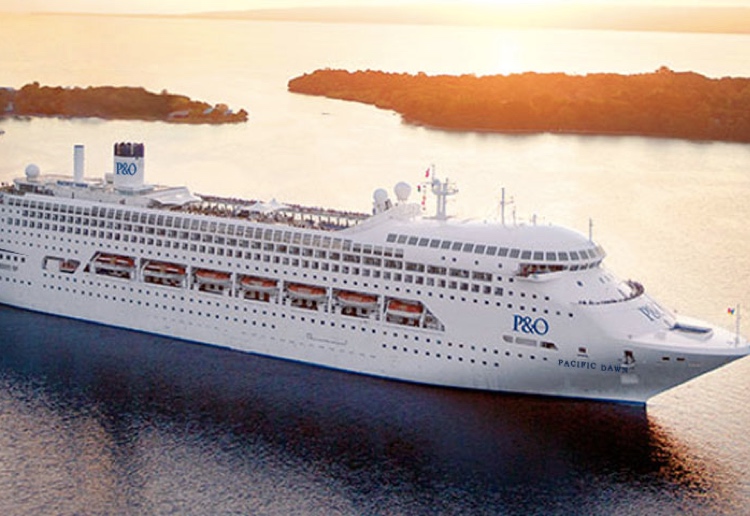 As the Pacific Dawn cruise liner docked in Brisbane yesterday, police have revealed the ‘tragic circumstances’ behind the death of the Brisbane mum-of-three who went overboard late last week.

As reported in Sydney Morning Herald, the police have received the CCTV footage of the incident and have said that the victim, Natasha Schofield, 47, had been talking to her husband on the top deck on Thursday afternoon before she took two steps back and deliberately propelled herself from the ship into the water.

According to Brisbane region duty officer Inspector Rob Graham, the woman’s husband tried to grab her by the legs as she went over the railing, but it was too late.

“The missing person did not accidentally fall … (and) did not fall as a result of a freak wave,” he said.

“I can say that the missing person did make intentional actions to propel herself overboard.

“I can say that a male person, her husband, was standing right next to her when she went over.

“I can also say that her husband tried in vain to grab her as she went over, by grabbing onto her legs, but she was too far gone.

“These are a tragic set of circumstances on what should have been a week-long holiday of a lifetime,” he said.

Inspector Graham has said there were no signs that alcohol or seasickness were factors in the woman’s fall.

The couple were holidaying with their three children, aged between 12 and 16 years. It has been understood that their children did not witness their mum’s fall.

Passengers Speak About The Tragic Incident

Jessie Ashe, 20, was a passenger aboard the liner and spoke to SMH about the tragic incident.

Ms Ashe said rumours spread like wildfire throughout the ship about who had fallen and how it had happened.

“Within the first half-an-hour we heard it was a male, female or little girl – there was just so many rumours you didn’t know what to believe.”

Ms Ashe said the team on board had been “really sincere” in the days after the death and offered all passengers counselling on the vessel.

Inspector Graham said P&O had been “exemplary” in co-operating with police.

Detectives, scenes of crime officers and plain-duty police boarded the cruise ship on Sunday morning to investigate further. An AMSA safety officer was also expected to inspect the vessel.

P&O Cruises spokesman David Jones said in a statement on Sunday that the CCTV footage provided an unobstructed view of exactly what happened.

“We have done everything possible to respect and protect the privacy of the family,” he said.

“We remain concerned that much of the speculation and versions of events given in recent days are not supported by the facts.

“The police inquiries on behalf of the Coroner will help put the speculation to rest.

“With Pacific Dawn’s arrival, we will be able to give police CCTV footage providing an unobstructed view of what happened and portraying an obviously devoted and loving couple.

“We extend our deepest condolences to the family and hope that they will find comfort in their grief.”

Police said late on Friday that there were no suspicious circumstances.