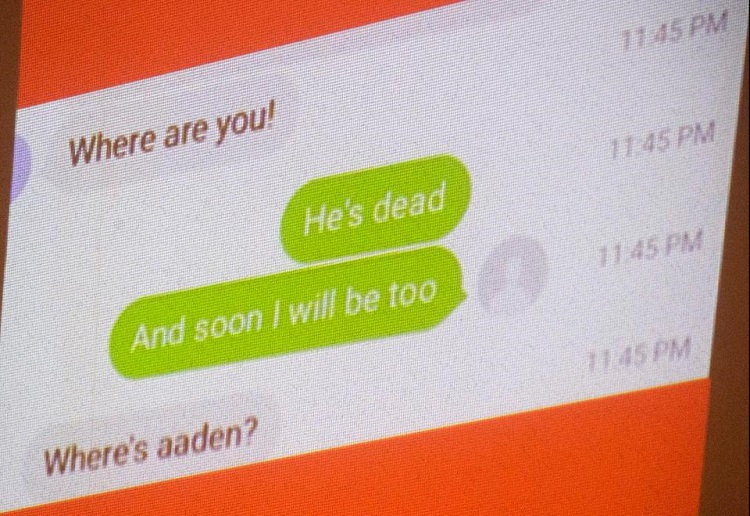 A FATHER who threw his seven-month-old baby from a 90-ft-high bridge before leaping himself sent a chilling text to his ex-partner saying: “He’s dead. Soon I will be too.”

Tony Moreno, 23, of Connecticut, threw his baby boy off the Arrigoni Bridge on July 15, 2015, and then jumped intending to kill himself, reports The Sun.

Moreno testified in his own defence, claiming the baby slipped from his arms and he never intended to harm him.

He was pictured in court cradling a toy doll to demonstrate how he held his son on the bridge’s railing.

Defence lawyer Norman Pattis raised the possibility that Aaden may have had a muscle disorder that caused sudden, jerking motions to explain why Moreno dropped him.

Moreno had a strained relationship with the boy’s mother, prosecutors said.

Mother, Adrianne Oyola, 20, testified that things got worse when she refused his marriage proposal a month before the baby’s death. The two shared custody of Aaden.

A police officer and a hospital psychiatrist testified that Moreno made statements indicating that he had killed the child.

Prosecutors also introduced text messages between Moreno and Oyola as evidence, including one where in response to a question about Aaden’s whereabouts.

She replied: “You couldn’t kill your own son. Please don’t hurt Aaden!!!” 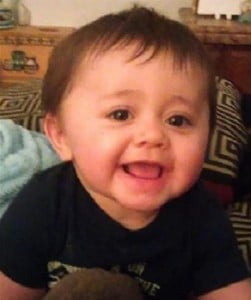 Jurors heard a 911 call in which Denise Moreno told dispatchers her son said he was going to jump from the bridge and that he was with his son.

Police arrived at the scene around the same time as Moreno’s mother and brother.

They testified that he shouted “Tony, stop!” before Moreno climbed over a railing and jumped.

He said there was an empty pushchair but the infant could not be found, despite searches for the boy.

Moreno was convicted of murder. He faces up to 70 years in prison when he’s sentenced in May.

Image via The Sun.