Article Mum Says Pregnancy Caused Her Teeth To Fall Out 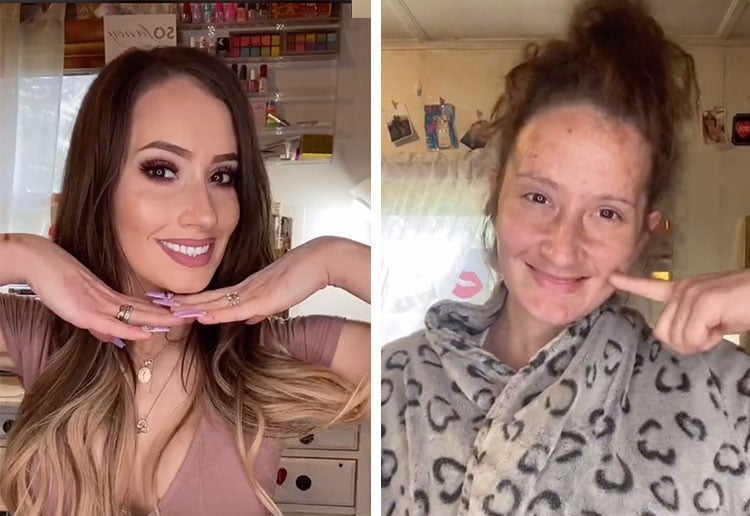 A mum-of-four has detailed how her teeth started falling out when she was just 21-years-old, triggered by her pregnancies.

Alicia says her teeth were ‘perfect’ as a child, and she only had her first filling as an 18-year-old. But once she fell pregnant everything changed. She now has none of her natural teeth, instead using snap-in dentures. And she’s amassed a following of almost three million people on her TikTok account, where she candidly shares her story.

It wasn’t until Alicia was expecting that she discovered her teeth were deteriorating.

“I had my first baby when I was 21, my teeth started going bad from the inside. They never turned black and started rotting on the outside, it was going on on the inside, it was something I couldn’t see until the teeth would literally give out and break one day. And if you’d look inside it, it would be totally brittle and hollow.

“I got my first partial when I was 21, my second partial and $10,000 of restorative work (bridges and crowns to keep my natural teeth), when I was 24 – second baby. Then I had babies three and four at 28 and 30. The bridge abscessed and I needed snap-in dentures.”

The mum shares her makeup routines on TikTok, transforming her toothless look to perfectly made-up mumma. And she’s found solidarity with other mums who’ve had major dental issues during pregnancy.

Does pregnancy make teeth fall out? 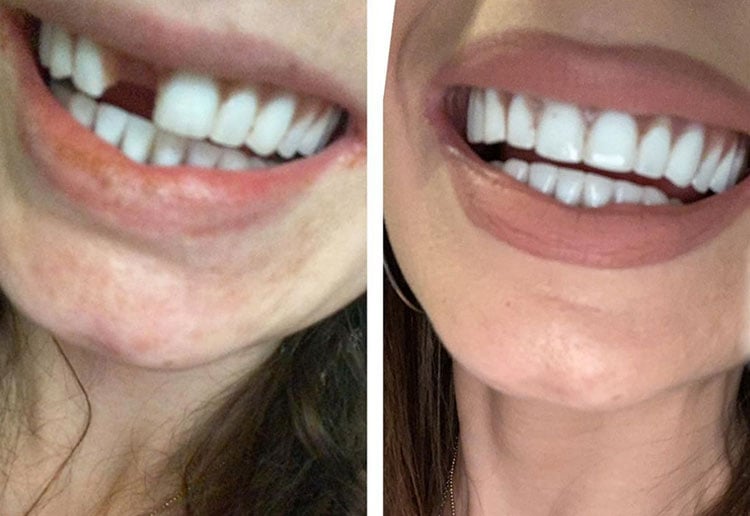 There’s an old saying: ‘gain a child, loose a tooth’. And while it might not be literally true, there is some truth to the impact pregnancy has on teeth.

Pregnancy is a huge drain on a woman’s body, and that includes her dental health. Gum disease and tooth decay are common in pregnancy, with hormones playing havoc with our mouths. But most dental professionals say that as long as women continue good oral hygiene and keep seeing their dentist during pregnancy, your teeth will remain healthy.

But there are dozens of women who have responded to Alicia with their own horror stories.

“No one believes me that pregnancy really messed my teeth up!” writes Erin Rivera. “I had great teeth before I was pregnant.”

“I thought I was the only person who lost their teeth from pregnancy,” replied Brittany Nussear. “I’m so embarrassed I can’t afford dental work.”

Alicia videos have even attracted the attention of dentists. “Dentist here,” write Dr Calley Jo. “It’s crazy that our education teaches us that pregnancy doesn’t do this. But with 21 years of experience, it does! More research is needed!”

Did you have dental dilemmas during pregnancy? Let us know what happened in the comments below.