By Krechelle, Eight at Home 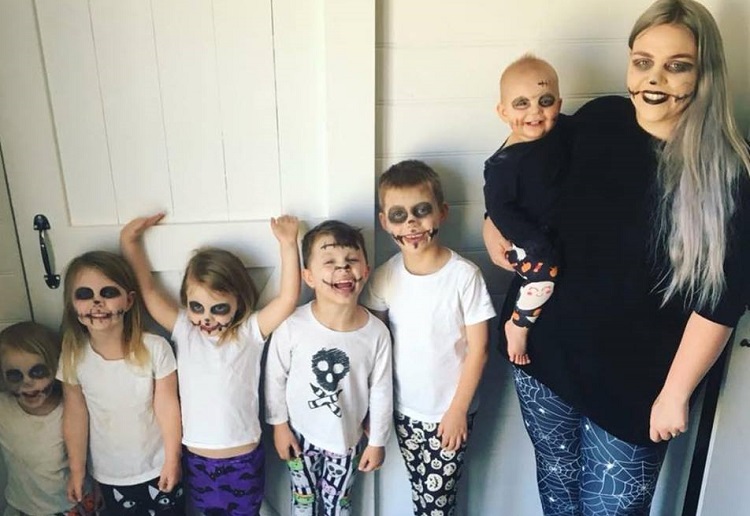 Book week in this house goes a little something like this….. F#@k you!

Opens dress up box… grabs pirate and skeleton costumes for the third time.

Children fight because they both want to be a pirate.

Then cry because they both find out I don’t trust them to take even a foam sword to school. (Because I’m not an idiot)

Proceeds to give children costumes; asks them to go find a book with said costume in it.

Now don’t get me wrong we’re passionate about reading.
Our house is filled with bookcases and books and we read on a regular basis.

But if I ask my child one more time what he wants to be and he says “a mine craft”……which isn’t even a thing by the way; it’s a game.
I’m going to scream.

I remember back to a simpler time when I wanted to go as Brittany Spears and I could; as long as I took the CD cover.

And my favorite books at the age of eight were legitimately Sherlock Holmes and Jane Eyre but that didn’t stop me wanting to be a pop princess for the day.

Because who wants to be a poor girls who’s left all alone and dresses in rags.
No! I wanted glitter pants and blue lipstick!
Yassssssss queeeeeeen!!

But now it’s all “my child chose to be pipping long stockings because she’s read the book 14 times and she’s 3.”

Ummm no; no she’s hasn’t Susan.
You love pipping long stockings and your living vicariously through your child.
And that’s fine but at least just be honest about it and stop making us feel bad that our three year olds can’t read; anything.

And since when did everyone become such Mary Poppins and Martha Stewarts?

I literally cannot sew to save my life.
Like if someone was like here fix this small hole in my pants or I’ll kill you.
I’d be like “ well death it is sir, for I cannot sew”

I swear there must have been a sewing class in school but I was to busy listening to Justin Timberlake “I’m bringing sexy back” while drinking passion pop.

All I’m saying is on top of being a poor mans version of Betty Crocker for class parties and organizing day to day reading and homework and lunches that are semi nutritious and clean uniforms.

I just can’t do book week. So f#ck you book week.

Last year I just kept checking for temperatures in the hope that my child would get a mysterious illness.

This year I’m going on a business trip and all four kids have book week on the same day; goodluck with that Dave.

I’m just so happy that so many books wrote about Pirates because that’s all there going to be for the next six years of their tiny little lives.

Unless they plan to sew.
Goodluck with that:
It’s harder than it looks.

How do you really feel about book week?