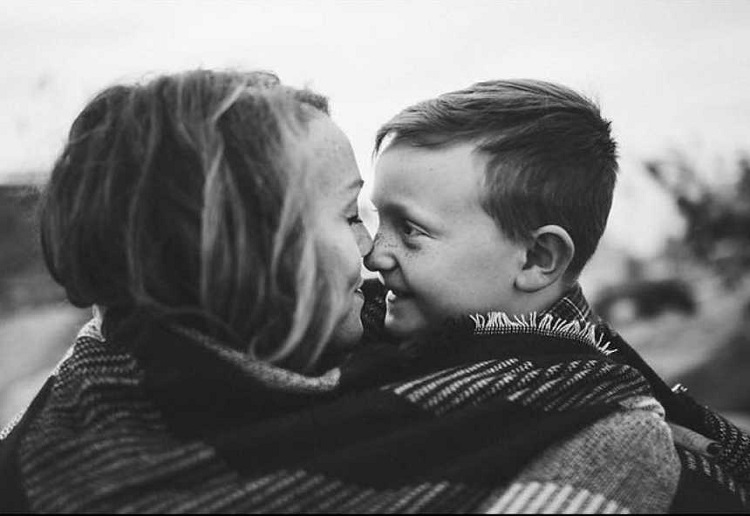 “When my son, Jack, was born my mother noticed a fleshy dimple of sorts at the top of his bum. A first-time mum myself and still very green, I didn’t think anything of it.”

Katie Logue, 34, of Connecticut shares on Love What Matters how a funny little dimple on her baby boys back ended up requiring life saving surgery.

“My mother insisted we bring it to the attention of our pediatrician, and so at Jack’s one-week check-up, I did”, shares Katie.

“Much to my relief, our wonderful pediatrician assured us that it was probably nothing but if it was still there by the time Jack’s first birthday rolled around, we would need to have an MRI done on it. A neurotic first-time mom, I obsessed, Googled, Googled some more, and then finally realized I had an entire year to wait and I may as well chill out.

“Before I knew it, a year had passed and my newborn was no more! At his one-year check-up our pediatrician rechecked the seemingly benign fleshy ‘dimple’ as I had come to call it, and informed me that Jack would, indeed, require an MRI. Before I knew it he had made a call to Children’s Hospital Boston to both a colleague and personal friend (whom happened to be the Chief of Neurosurgery), and we were on our way into Boston. Diagnosed with a tethered spinal cord, we were informed that Jack would require neurosurgery on his spinal cord.

“These attachments cause abnormal stretching of the spinal cord. The syndrome is closely associated with spina bifida (which Jack is not afflicted with, thankfully). It is estimated that 20 to 50 percent of children with spinal bifida defects repaired shortly after birth will require surgery (neurosurgery in our son’s non-spina bifida related case) at some point to un-tether the spinal cord. In Jack’s case, his tethered spinal cord was caused by a benign lipoma, a fatty growth at the base of the spine which inhibits free-floating of the spinal cord; thus inhibiting growth.

I’m not sure if I was numb, sick, in shock, petrified, or all of the above.

“When the surgeon (the Chief of Neurosurgery, mind you) came out to the waiting room to update us he asked us to join him in a private room. I immediately and instinctively refused. Standing in the middle of the family waiting room, in the presence of other families dealing with their own situations, I refused to move, or rather, I was physically unable to move for fear that entering that private room would ultimately be the place where I was doomed to receive the worst news of my life.

“After much reassurance, our esteemed doctor assured me Jack had done great and was resting comfortably and that he simply wanted to be able to speak at length and in detail about the procedure and recovery.

“It’s been eight years since Jack’s surgery and he hasn’t had so much as one complication, thank God.”

Katie originally shared her story on her blog Perfectly Imperfect.