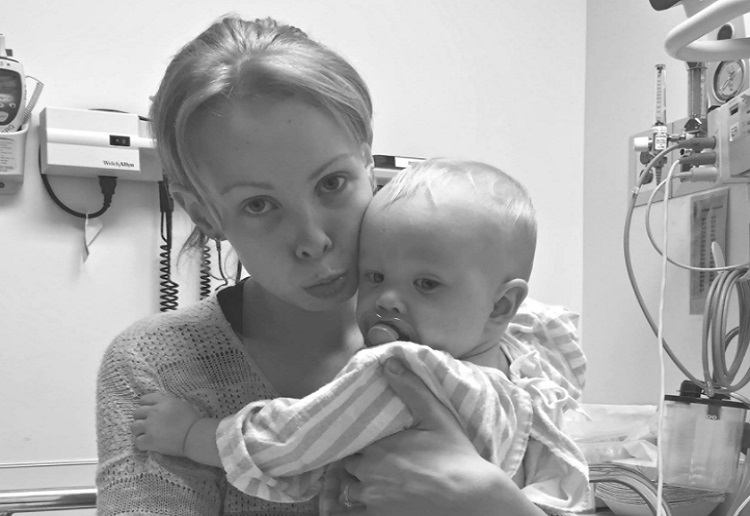 A mother has revealed she still suffers from “mum guilt” over the moment she dropped her infant son on his head, fracturing his skull.

Even though it happened a couple of years ago, this mum will never forgive herself.

Sharing on Facebook, the 26-year-old mum said she was walking from the living room to the kitchen with her baby son, Ali, in her arms, when out of nowhere he back flipped and landed on his head on the floor.

“We rushed to the ER with a whimpering baby and this mama in tears.

“As a tiny, hospital band was slipped over my son’s wrist, the nurse assured us that they saw this all this time. ‘I dropped my baby once,’ she said with a sympathetic smile, “’except I dropped my baby on a concrete parking lot’.”

Liz said the nurse had seen the “crushing weight of mum-guilt” that was washing over her and tried to provide her with some comfort knowing she wasn’t the first mum to have dropped her baby.

“It didn’t relieve the feelings of failure that washed over me. To make matter worse, when the doctors called for an x-ray, they discovered the injury that I had dreaded the most — a fractured skull,” she continued.

The distraught mum said she was “angry” at herself for letting it happen and that her little boy had trusted her to protect him but she had “quite literally let him down”.

“Motherhood is full of difficult lessons, and this one felt especially tough.”

“So to all the mothers struggling with a miserable day of your own, and to the mothers fighting feelings of inadequacy and inescapable mum-guilt — you are MORE than today,” she wrote.

“Today does not define your motherhood.”

Have you suffered a severe case of mum guilt? Share your burden with us below.