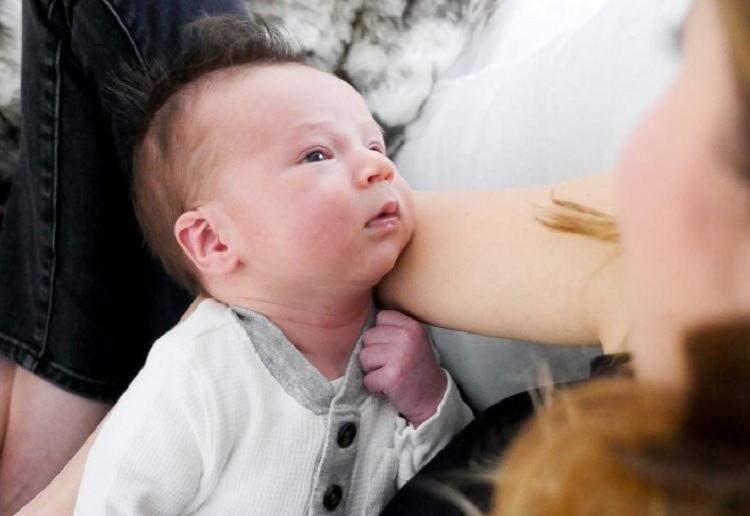 Susan Sarandon’s daughter, Eva Amurri Martino, shared the horror of discovering her five-week-old baby being dropped on his head by a night nurse, resulting in a fractured skull and bleeding on the brain.

On her blog, www.happilyevaafter.com, Eva shares the story of every parent’s worst fear and how she has been battling with anxiety and panic attacks since it happened.

Eva writes, “Today is a new year. A new start. Fresh beginnings. I am inspired in the name of that optimism to share something with my readership today: I’m not doing well. In fact, I’m really struggling. I’ve been extremely overwhelmed recently, in a lot of different ways. I think it’s time to share that with all of you in the hopes that speaking my truth will allow me to move forward– and also in the hopes that anybody else who is trying to hold it all together with similarly emotional results will know it’s ok to let go– to accept help, forgive themselves, and to move towards a solution.

She confesses, “So here it is, I’m in an emotionally bad place, for reasons I will explain. I’m depleted and anxious, and I haven’t been giving my anxiety and feelings the attention they deserve for a little while now. I’ve been hoping that powering through would get me to the other side, but I’ve finally realized that feelings don’t work like that.”

“A couple of days after Thanksgiving, our Night Nurse fell asleep while holding Major and dropped him, and he cracked his head on the hardwood floor. Kyle and I were sleeping at the time and were awoken by the sound of his head hitting the floor, and then hysterical piercing screams. He suffered a fractured skull and bleeding on his brain, and was transported by ambulance to Yale Medical Centre where I spent two harrowing days with him to receive emergency care and further testing. To say these were the most traumatic and anxious two days of my life is an understatement.”

“But here’s the good part: by the grace of all of his many angels, and every God one cares to pray to, MAJOR IS FINE. Completely fine. Though he had the fracture, some skull displacement, and bleeding, the skull did not touch his brain and the bleeding was localized. Further MRI’s showed no brain damage and we were discharged by experts in paediatrics and neurology with as excellent of a prognosis as we could have ever hoped for. We were absolutely, divinely lucky that day. He had no other broken bones, and no spinal effects whatsoever. He has been healing well, hitting milestones, cooing, smiling, and generally showing us that he is and will be ok as he grows and develops.”

“Obviously, the (extremely upset and remorseful) nurse is no longer working for our family, though we forgive her. And even though I finally made peace with the fact that this freak accident could not have been avoided by me, it has continued to effect me to my core and in all aspects of my daily life.

It’s nearly impossible for me to trust anyone but myself to take care of Major now. We definitely don’t have night time help anymore, but it has only been in the past week or so that I have felt comfortable with somebody coming during the day to help me with him so that I can complete normal tasks and work responsibilities.”

“Hearing Major cry hard immediately triggers my memories of the moments after the accident and instigates an immediate panic attack– my heart races and tears spring to my eyes. Sometimes I get dizzy spells. I feel nauseous and overwhelmed and even small discomforts he has make me anxious. My appetite has decreased to nothing, I have a hard time getting to sleep after night time feedings, and my milk supply goes up and down depending on the stresses of the day. Any time we are near an edge or a ledge, I fear that he will fall, somehow, and be hurt again.

Just last week, we were on the second floor of a Starbucks, and I sat there panicked and frozen as I imagined Major falling from my arms over the edge of the banister and on to the floor below. My brain played back the sound of his screams that night. I had to close my eyes and clench my teeth as the waves of nausea eventually subsided. To cope through all of this the past month, I had been trying to breathe, to talk myself down, to remind myself that my son is alright, that we are all alright.”

“I’m not a doctor and I haven’t been diagnosed by anyone, so I don’t know for sure. Even typing those words scares me and makes me realize that there may be a longer road ahead to feel better than I would hope for. But I know that the way I’m feeling, though understandable and human, is not normal.”

Eva pledges, “To anybody else who is suffering from similar feelings or challenges, no matter the cause– I am with you in this. Let’s get better. It’s time.”

We wish her all the best. Such a terrifying experience for them all.