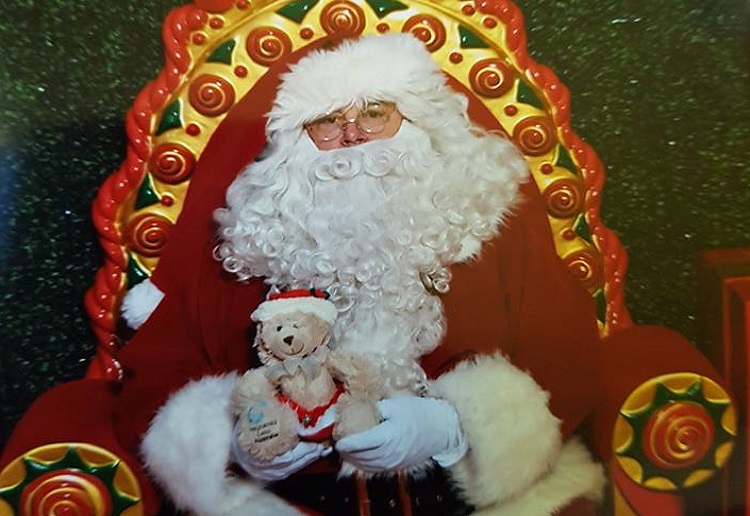 Parents share how they cope at Christmas after the loss of a child.

Earlier this week we shared a touching story of a mum who took a teddy to have a special photo with Santa to honour her “heavenly child” at Christmas.

Today we share the news of another grieving parent who took a picture of her baby to sit on Santa’s knee and have a photo taken. Read her story below.

THIS!  This is what Christmas is all about.  Thank you to this beautiful man for his wonderful kindness.

Debbie Lee from New South Wales, posted a thank you on Facebook to the Santa who didn’t judge her and took the time to understand her need for a special photo to honour her heavenly child at Christmas.

To the santa at charlestown square.
Thank you for taking time with smiles
Thank you for not judging me when I  broke down and cried cause I miss my heavenly child.
Thank you for stopping everyone as they watched you get up from your seat and give a massive hug. I could hear snickers from parents and children from behind me, but soon as you stood up everyone was shocked and for a second it felt like it was ok.. some of the poses you did with smiles was amazing.

Thank you for understanding.

Earlier this week we shared the heartbreaking story of the little boy who died on Santa’s knee, that story broke our hearts and rocked the world.

A grieving mum who lost her three-month-old baby earlier this year marked what would have been her son’s first Christmas by taking his picture to see Santa, reports Daily Mail.

Erin Morrison, 26, from Melton West, Victoria, and her partner, Kaine Morrison, lost their baby boy Caesar in March after he tragically died from heart complications.

Caesar, who was born with half a heart and was Erin and Kaine’s first child, was doted on by his parents and both have struggled to cope with their loss.

As the festive season approached, Erin couldn’t bear the idea that Caesar would never get to meet Santa, so she decided to mark his first Christmas in a unique way.

‘We miss Caesar endlessly and wanted to do something special for him as it’s his first Christmas,’ Erin said.

‘All the other parents get their child’s photo done with Santa and we though it would be great to do.

‘Everyone cried, including Santa and parents came up to us to say thank you for doing that for him.

‘Nothing will bring back our baby boy, but at least we could give him his first Christmas and have a memory we can treasure forever.’ 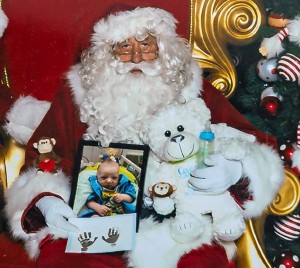 It really does make you realise what truly matters.

Christmas is hard for many reasons, and it is so important that their are understanding people around to help in time of need.