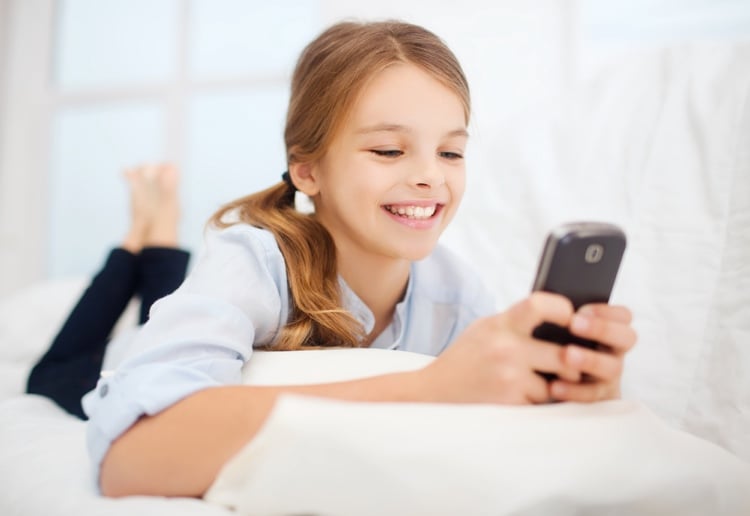 There was never any question in my mind that when our daughter started middle school, we would get her a smartphone. My husband and I work in technology-related fields and knew the benefits and drawbacks to getting her a phone at age 11.

Instead of pledging to Wait Until 8th -- delaying the introduction of a smartphone — we’ve spent the middle school years actively discussing and navigating the perceived dangers of the device while enjoying the unexpected advantages of it as a communication tool to strengthen our relationship. And you know what? It’s been one of the best parenting decisions we’ve ever made.

It’s rare to find good news about tweens, teens, smartphones, and social media. But in our house, the very tool that we purchased for our middle schooler to stay in touch with us has had surprising benefits during the critical adolescent years.

On any given day, I can usually count on at least one type of communication from my now 14-year-old daughter, who will start high school next year. This morning I sat down in my home office to get started with my work for the day and noticed that my daughter had updated her Instagram Story while waiting for the bus. She sent friends good-luck wishes for the week’s tests and a series of funny memes as a stress reducer. Her InstaStory was thoughtful and sweet and let me know that this week is going to be rough — even though she didn’t say it on her way out the door.

During the middle of the day, I noticed she posted during lunch when she was allowed to have her phone out at school. She breathed a sigh of relief that testing was over for the day and sent me a private message, responding to my InstaStory laughing at the day’s antics of our backyard chickens. On the bus home, she sent me a photo of a cat whose head was stuck through an entire pizza, followed by laugh emojis.

“Cat pizza? Really?” I asked as she walked in the door after school.

“Cat pizza!” she exclaimed, erupting in a fit of laughter. We talked about how ridiculous the meme was as she made her way to the fridge. She grabbed a stick of string cheese, and, holding it with one hand, she thrust the phone in my face with the other, scrolling through a series of memes that were just as hilarious.

We were both laughing when her sixth-grade brother walked in the door a couple minutes later. Soon she was sharing what she had just showed me minutes before, and he was sitting there, shaking his head and smiling. Later the whole scenario was recounted for my husband at the dinner table. He had trouble understanding why this whole thing was funny until he was subjected to the meme thread, too. I guess you could say that social media has the power to bring us together as a family, even if we’re bonding over cat pizza.

While the decision about when to get your child a smartphone differs for every family, my husband and I don’t have any regrets about putting devices in our kids’ hands earlier rather than later. Sure, there have been downsides.

We’ve learned exactly how quickly 2GB of data evaporates when kids are watching YouTube videos on the bus, witnessed the explosion of text messages in a group chat upon leaving the house to play a soccer game, and talked through some tough things before we meant to in the high school years. Text and private messages have been scrutinized together during conversations about how hard it is to convey tone through a screen. We’ve seen friendships wax and wane.

But many of those ups and downs are as much hallmarks of adolescence as fallout from smartphone and social media use. And at every step of the way, parental involvement has been key.

If you’re looking to use social media as a positive way of communicating with your teen, here are three takeaways from our experience:

Realize the importance of learning together: While you may feel that you have a grasp on today’s social media tools, new ones are popping up every day. I remember when my daughter asked if she could download Sarahah. She said that some of her friends were using it, explained what it was used for, and asked if she could join, too. Before saying yes, I did my homework. I read the Common Sense Media review, polled fellow parent friends on Facebook, and did a quick Google search to get up to speed on the general parent sentiment. It’s not easy to parent in the digital age when new apps, social media platforms, and devices are coming out, but it’s important for families to work toward teaching responsibility and creating conversations, rather than just saying no.

Use the same social media tools as your kids: Not only does this familiarize you with the platforms, but having an account facilitates communication and conversations about the things that are important to your teens. My daughter and I communicate regularly through Instagram, and even though we don’t have a Snap streak going, I can still keep an eye on the content she posts.

Be respectful about what you post and the way you interact with your teen on social media platforms: While social media tools are great methods of communication, be aware of what is and isn’t OK. As my daughter has gotten older and her friends have become more social media savvy, I’m even more careful about what content I post. I’ve always checked with my kids to ensure the photos I’m sharing get their stamp of approval, partly because I know their friends can see what I post. Have a conversation with your teen about what is and isn’t OK, and know that what they may deem appropriate now might not be in the near future.

This post originally appeared on Common sense media and has been shared with full permission.