Article Mum Shocked About Yet Another ‘Lewd’ Kmart Toy 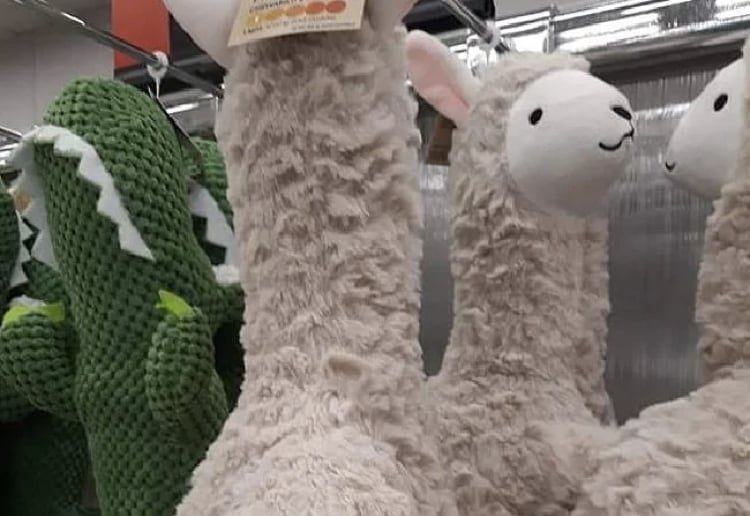 Kmart has copped flack over a cute fluffy toy being overly graphic and it’s not the first time they’ve been in hot water over this.

Perth Kmart shopper, Jayde Spilsted, posted on Facebook about being horrified after discovering that an adorable Llama toy, designed especially for dogs, was a bit X-rated.

As reported in news.com.au, the plush toy was found in the pet’s section of the discount retailer and featured a prominent reproductive organ stitched into its rear.

Many commenters on the post, which has since been deleted, thought this was hilarious, while others responded in horror.

“We have this for our dog and I’d never noticed it before … until now,” one of the responses read.

Many came to the defense of Kmart, noting that this is just a normal part of being a female.

One cheekily quipped whether the llama’s ‘rude bits’ was a place to store dog treats.

The product is featured on the Kmart online shop, selling for $7 and is described as a “cute llama-shaped plush toy” that is sure to be your “furry pal’s favourite plaything”.

There is also a kiddie version, without the graphic feature, on sale for $9.

Kmart recently hit the news for a similar reason, when a Queensland mum was shocked when her three-year-old daughter produced a rather explicit looking toy during a recent trip to the retailer.

Would you be offended by the Llama toy? Tell us in the comments below.