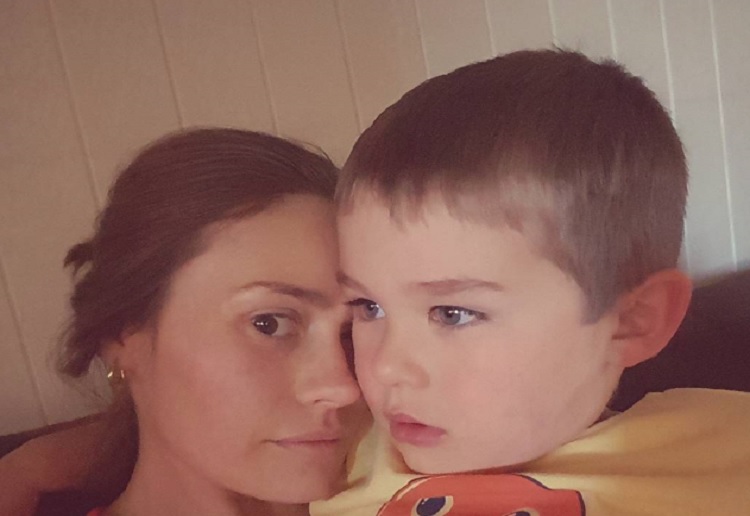 Katherine Clarke, from Toowoomba, Queensland, says her four-year-old son, Ryder, is still breastfed, and – so far – shows no sign of stopping.

‘I don’t breastfeed him all of the time,’ she told Daily Mail Australia.

‘Probably a couple of times a week. He will often see his 19-month-old brother, Kingsley, being breastfed and will want it.

‘I find it interesting asking him about wanting to be breastfed – does he want milk, water or hot chocolate for example? But Ryder just wants that connection and nourishment. I’m confident he’ll stop when he wants to; it’s a natural progression.’

Ms Clarke has coped all the abuse stating breastfeeding mums are selfish, abusive and disgusting, she proudly said she has refused to give in to the haters:

‘I pity the people who say it’s perverted,’ the mum of two said.

‘I do find it a little bit heartbreaking that some comments online are from women, but they obviously have some guilt or shame around breastfeeding and I hope that changes.’

Ms Clarke maintains that she never intended to breastfeed son Ryder until he was four, but she also said that it feels right and works for all of her family.

She currently feeds Ryder in tandem with his 19-month-old little brother, Kingsley.

‘I didn’t have a particular goal in mind as to when I would stop breastfeeding,’ she said.

‘At first, I did think: “is this okay?”, but that’s the way we are conditioned to think.

‘I think little people know their own minds really well. I will let Ryder make that choice.’